Santa Barbara's newest gallery is now open in the arts district, near the historic Arlington Theater. After 25 years in San Francisco, the Thomas Reynolds Gallery is presenting its inaugural exhibition at 1331 State Street.

“We’re delighted to be in Santa Barbara,” said owner-director Thomas R. Reynolds, who is also an editor-publisher and a recovering lawyer. “We’re especially happy to become a part of the excitement the new pedestrian promenade is bringing to a reinvigorated State Street. Despite the ups and downs of the virus, this is an idea whose time has come.”

The gallery’s inaugural exhibition brings Sandy Ostrau back to Santa Barbara from her studio at The Sea Ranch, on the Northern California coast. Sandy is a proud graduate of UCSB, where she played on the women’s soccer team. The exhibition also includes paintings by Ken Auster, the Laguna Beach surf artist who became one of California’s preeminent landscape and cityscape painters.

“We’re also pleased to present the bold and colorful abstract paintings of Santa Barbara’s own Marge Cafarelli,” said Reynolds, “who’s better known to locals as the developer and owner of the Public Market.”

The Thomas Reynolds Gallery was founded in 1994 in San Francisco’s Pacific Heights neighborhood and became a fixture on Fillmore Street, presenting historic and contemporary California art and artists.

Visit safely in person or online at http://www.thomasreynolds.com. 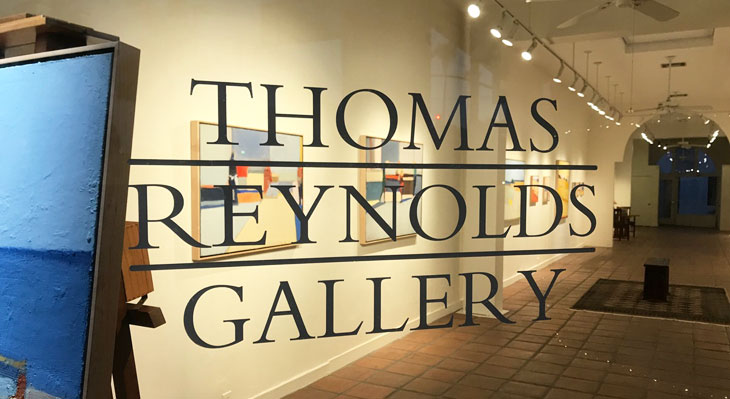 If anyone has a good rental

Also seen on Orizaba Lane, at

Except it’s not really a

Pitmix, Even worse is

If a third lane magically

All the more reason to “live

We had decent luck posting a