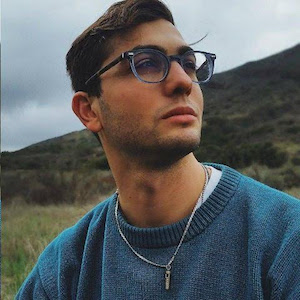 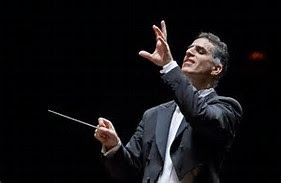 We are very excited to announce a new AWoL mentorship between Maestro, Nir Kabaretti, Music Director of the Santa Barbara Symphony, and Daniel Newman-Lessler, who recently earned his Masters of Music from the USC Thornton School of Music.

Maestro Kaberetti has been Music and Artistic Director of the Santa Barbara Symphony since 2006 and has guest conducted some of the finest orchestras around the world, including the Israel and Tokyo Philharmonics.  Additionally, Kabaretti served as an assistant to Zubin Mehta while in Italy.  Kabaretti was Principal Conductor of the Raanana Symphonette Orchestra in Israel and served as its music director 2002-2008.  He is also the current music director of the Southwest Florida Symphony.

Daniel recently received his Masters from USC Thornton School of Music and he is the conductor of the Kadima Conservatory and Senior Philharmonics, Temple Ner Ami Choir, and Pleasant Valley School District Chorus.  He also serves as the assistant conductor of the Los Angeles Zimriyah Chorale and Channel Islands University Choir. Daniel will be assisting Nir on the Santa Barbara Symphony's season opening concert of Mozart's Jupiter Symphony and Requien (with choreography!). the concerts are on October 14 and 15 at the Granada Theatre. Despite his education, performance, awards, teaching and conducting background, Daniel is looking forward to what he can learn from Nir and to building his community.