Movegreen has been accelerating its strategy to become the go-to resource for moving and storage in Southern California for some time, and these recent transactions were strategic, supporting the company’s goal of moving into new service areas, acquiring new storage space and hiring top industry talent.

“These strategic acquisitions not only cement us into the two largest counties in Southern California, they have given us significant growth in the storage space and more efficient and strategic routing from all our locations.” said Erik Haney, CEO of Movegreen. “We now have access from Santa Barbara to Irvine, with new reach into Pasadena, Beverly Hills and all of Southern Orange County. With storage, we now have more than 2,200 occupied storage units across these locations.”

La Habra Relocations is a long-standing moving and storage powerhouse in Orange County. With the storage-only acquisition, Movegreen was able not only to expand their storage resources, but talent forces. All Movegreen storage customers were relocated to the Cypress facility.

The Watford acquisition was for both storage and moving, and significant in that it bridged the gap between Orange County and Ventura, opening up the entire valley of  Beverly Hills, Pasadena, Agoura Hills, Encino and Calabasas, giving Movegreen full coverage into Los Angeles County. Movegreen also brought on top talent including Operations and Warehouse Manager, Rigo Almendarez, Senior Sales Advisor Sean Milton and former Owner of Watford, now Territory Manager, Daniel O'Brien.

“We are thrilled to be teaming up with Movegreen, they were our mover of choice,” said Daniel O’Brien, former CEO of Watford Moving. “We really appreciated their progressive thinking and environmental awareness. In what is becoming a very uncertain year, we felt they were a perfect fit to join forces with.”

Movegreen now serves four counties with five locations total across Santa Barbara, Ventura, Los Angeles and Orange County. The company has a fleet of 20 trucks and service vehicles, and a 30% increase in revenue YOY 40% growth in personnel since 2017. In the last 10 years, Movegreen has had a successful track record of meaningful growth acquisitions, including Apollo Moving and Storage, Sheeler Moving.

In the near future, the company plans to expand into a 33,000 sq foot warehouse in Oxnard, CA.

Movegreen is the award-winning leading eco-friendly moving and storage company on the California Central Coast, serving all the way from San Luis Obispo to south Los Angeles County. Established in 2007, Movegreen provides storage and moving services, consistently looking for ways to improve efficiency, reduce waste and utilize sustainable materials to conserve the environment. The company has a “10 Trees for every Move” and has planted more than 100,000 trees through their partnership with the non-profit Trees For The Future. Movegreen currently serves five counties in Southern California, with 2,200 storage units along the coast. The company has a fleet of 20 trucks and service vehicles. Learn more at Movegreen.com or find us on Facebook at Facebook.com/movegreenfanpage. 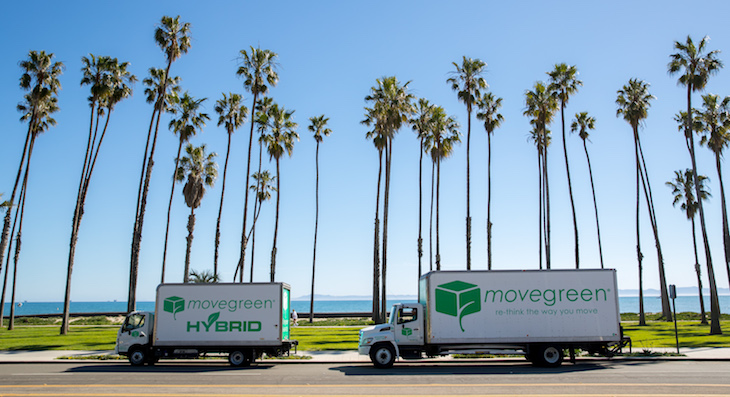