Diana P. Lytel becomes the first woman from the central coast region to serve as President of the Association of Southern California Defense Counsel (ASCDC), the largest regional organization of civil defense attorneys in the country. A prominent civil litigator and criminal defense lawyer, Ms. Lytel has also been named a Super Lawyer for Southern California in 2020-2021, on the Super Lawyers Rising Stars list since 2015, recognized as Up-and-Coming 50 List of Women Rising Stars and holds an AV Preeminent Peer Review Rating by Martindale-Hubbell.

ASCDC celebrates its 60th Anniversary of encompassing a diverse group of lawyers who practice from north of Santa Barbara to the Mexican border and from the desert of the inland empire to the shores of Santa Monica. Its members share ideas on the listserv, during MCLE programs, and through Verdict magazine. It draws on the leadership skills of defense attorneys who head up committees that author amicus briefs, organize bench-bar functions, promote diversity, charitable endeavors, and much more.

Ms. Lytel is a partner at Lowthorp, Richards, McMillan, Miller & Templeman, a century-old firm with offices in both Santa Barbara and Oxnard, California. She also serves on the Board of Directors of California Defense Counsel (CDC) and Santa Barbara Women Lawyers. Ms. Lytel is a working mom with two pre-school age children (Hudson and London) and is married to local Investment Advisor, Kipley J. Lytel, CFA. 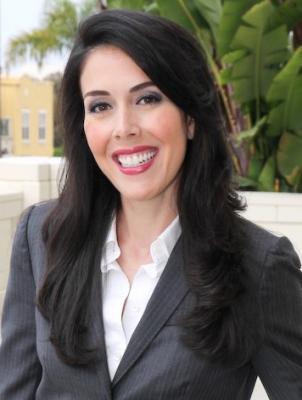 Those laws are already on the

Buckwheat, the US is

If you can't see how those

VOICE - who is making money

VOICE - when? Yesterday when

"I agree. Not that climate