The Alzheimer’s Association is proud to announce the election of Katina Zaninovich as Board Chair of the California Central Coast Chapter.

In addition to her new role as Board Chair, Katina will continue her term as Chair for the Chapter’s Alzheimer’s Women’s Initiative Committee, which began in 2013.

“It is vital that we find a cure, and that is why I volunteer for this tremendous organization,” said Zaninovich. “Alzheimer’s disease and related dementias is the sixth leading cause of death in the U.S., killing more than breast cancer and prostate cancer combined. In 2021, the cost to our nation will be 355 billion dollars. I want to be part of the solution for a problem that affects so many.”

According to the 2021 Alzheimer’s Disease Facts and Figures report, 6.2 million Americans are living with Alzheimer’s dementia. In California, the number of people aged 65 and older living with the disease is expected to increase by 21.7% to 840,000 in 2025, and there are currently 1.12 million caregivers within the state providing a total value of $18.126 billion in unpaid care.

While Zaninovich was a caregiver for both her father and mother at the end of their lifespans, she noted the additional difficulties that came from her experience with her father, who was living with some undiagnosed form of dementia.

“Being a full-time caregiver for someone with Alzheimer’s disease or a related dementia is a relentless and never-ending job,” said Zaninovich. “Fortunately, there is help and support through the Alzheimer’s Association. If we don’t take care of the caregivers, they will never be able to fully take care of their loved ones.”

After graduating from Mount St. Mary’s College in 1978, Zaninovich spent most of her career in Santa Barbara at VNA Health—formerly known as Visiting Nurse and Hospice Care—as a hospital liaison, director of clinical services, and executive director. She has been extremely active in her community, serving on several boards since 1992, including Visiting Nurse and Hospice Care Professional Advisory Committee, Cottage Health System, and San Marcos High School Foundation.

“We have been so fortunate to have Katina as the Chair for our Alzheimer's Women's Initiative, and I am confident that her strong leadership as Board Chair will continue to drive our mission forward in the local communities that we serve” said Meg Barron, Region 3 Leader of the Alzheimer’s Association. “I am very pleased that she is dedicating her time to this chapter and to one day seeing a world with Alzheimer’s and all other dementia.” 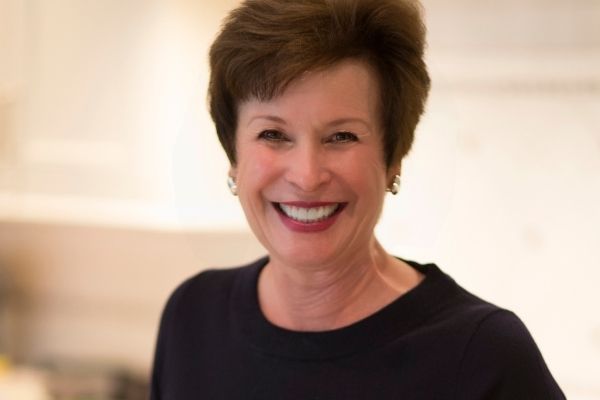 Not a fan of exclusionary

This is the Stagecoach Fire