Thiele started his hospitality career at Kimpton nearly 15 years ago, working as a valet attendant at The Hotel Monaco Seattle during his college summers. While moving up and growing within the Kimpton family, Thiele has held numerous management positions including housekeeping manager, front office manager and assistant general manager. Prior to his move to Santa Barbara, Thiele acted as general manager of the Palladian in Seattle for four years, where he led the opening of the brand-new hotel and successfully ran day-to-day operations.

“Ben’s deep knowledge of the Kimpton brand, hard work ethic and passion for delivering high-caliber customer service makes him a great fit for the Canary,” said Sherrin Thomas, director of sales and marketing at the Kimpton Canary. “Ben knows the ins and outs of the brand, which brings great value to his new role and we look forward to watching him bring his creative vision for the Canary to life.”

“I’m honored to be joining such an incredible team and look forward to continuing to elevate Canary’s already memorable guest experience,” said Thiele. “I’ve had the privilege of working at numerous Kimpton locations throughout my career, each with its own unique personality, and I am thrilled to bring that knowledge with me to my new role at this luxury Santa Barbara property.”

Ben holds a bachelor’s degree in hospitality business management from Washington State University. When he isn’t bringing creative ideas and superior leadership skills to his daily role at the Canary, he enjoys Santa Barbara’s beautiful weather while hiking, cycling and relaxing at the beach with his wife and three kids.

ABOUT KIMPTON CANARY SANTA BARBARA
Situated in the heart of downtown, Kimpton Canary Santa Barbara is steps away from the city's beaches, bistros and world class shopping. Offering postcard-perfect views from the rooftop pool and terrace and locally sourced cuisine and a world-class wine list, the 97-guestroom boutique hotel creates an inviting retreat with unmistakable local flavor. Catering to social and corporate events, the hotel boasts more than 7,300 square feet of flexible event space and full catering and banquet services from its famed Finch & Fork Restaurant. For more information, visit www.canarysantabarbara.com.

ABOUT KIMPTON HOTELS & RESTAURANTS
San Francisco-based Kimpton Hotels & Restaurants is a leading collection of boutique hotels and restaurants and the acknowledged industry pioneer that first introduced the boutique hotel concept to the United States. In 1981, Bill Kimpton founded the company that today is renowned for making travelers feel genuinely cared for through thoughtful perks and amenities, bold, playful design and a sincerely personal style of guest service. Out to help people live full, balanced lives, Kimpton aims to inspire with touches like yoga mats in every room, complimentary coffee and tea to start the day, hosted evening Wine Hour, in-room fitness programming and complimentary bike rentals. The award-winning restaurants and bars are led by talented chefs and bartenders that offer guests a chance to dine like a local.

Kimpton is consistently ranked as one of the top companies in the Market Metrix Hospitality Index, Upper Upscale Segment, for Customer Satisfaction. The company is highly-regarded for its innovative employee culture and benefits and has been named a FORTUNE magazine “Best Place to Work” six times since 2009. Kimpton is continuously growing and currently operates over 60 hotels and 70 plus restaurants, bars and lounges in 30 U.S. cities. In January 2015, Kimpton was welcomed into the InterContinental Hotels Group (IHG) family of hotel brands, bringing together two special cultures and sets of values to create the world's largest boutique hotel business. For more information, visitwww.KimptonHotels.com. 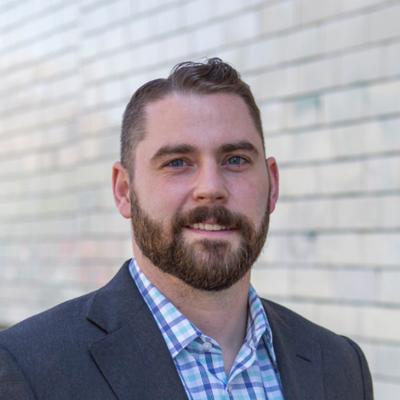 I agree w/ Sacjon these sky

It’s a rhetorical “build it”

SZQ - build what? The County

If we build it, they will

I know when City staff