Hannah Rael has been elected president of the Rotary Club of Santa Barbara Sunrise for the 2021-2022 year. When she begins her term on July 1, she will be the youngest president in the club's 36-year history.

“Rotary provides an unmatched opportunity to develop relationships with people locally and around the world who are making a difference,” said Rael. “It is an honor to serve as president during this time of transition from the pandemic lockdown in which many of us have had time to reflect on our values, our privilege, and how we can give back. Now we can put those thoughts into action.”

Rael has been a member of Santa Barbara Sunrise Rotary since January 2018, and previously served two years as the club’s International Service Chair and a subsequent year as Membership Chair.

Rael is the Communications & Marketing Manager at the UC Santa Barbara Library, where she works to inform the campus and community about the Library’s role supporting teaching and research through preservation of history and providing access to information.

Prior to joining UCSB, Rael worked as the Public Relations Manager at ShelterBox USA, a nonprofit organization that provides emergency shelter and other essential items to families who have lost their homes to disasters. ShelterBox started as a club project by Rotarians in Cornwall, England and has since become a leading humanitarian organization.

“Working at ShelterBox opened my eyes to how Rotary’s extensive international network brings together the connections, knowledge, and generosity needed to support people in need worldwide,” said Rael. “With 1.2 million members around the world, Rotary has the ability to reach nearly every part of the globe with acts of service above self.”

A communications professional in Santa Barbara for nearly a decade, the Texas native worked as an account executive at SurfMedia Communications; served in media relations and communications for international medical aid organization, Direct Relief; and was a freelance reporter for the Santa Barbara News-Press.

Rael serves on the board of Immigrant Hope Santa Barbara, a nonprofit that provides immigration and education services to our immigrant neighbors. Rael is also an alumna of Leading From Within’s Emerging Leaders Program as well as the Anti-Defamation League’s Glass Leadership Institute.

A graduate of Hamline University in St. Paul, Minn., Rael has a bachelor’s degree in political science and global studies.

In her free time, she enjoys hiking, backpacking, fitness classes, casual bike rides, skiing, cooking gluten free meals, and taking naps to recover from all of those activities.

Rotary is an international leadership organization. It’s made up of local business, professional, and civic leaders. We meet regularly, get to know each other, form friendships and through that, we’re able to get things done in our local and worldwide communities. Rotary is a leader in the effort to eradicate polio worldwide, brings clean water and education to people in need, and promotes peace. The Rotary Club of Santa Barbara Sunrise was founded in 1985 and is a diverse group of 50 members. The club meets on the first and third Wednesdays at 7:00 am at the Santa Barbara Club located at 1105 Chapala Street in Santa Barbara. Our meetings are also held virtually via Zoom. For more information, call (805) 884-6428 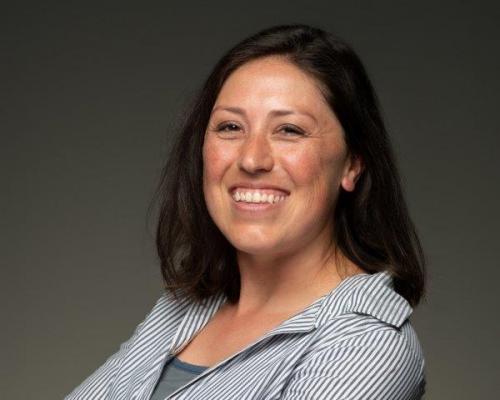 I just got 1 gig service from

If a self identified “liberal

With this same logic, all

That's really not what it

Yeah, great marketing. We are

Sac, meaning he wasn't in a

thanks Virros, that's all i