The awards were presented by the president of the National Association of Housing and Redevelopment Officials (NAHRO) Stephen Merritt and the organization’s Chief Executive Officer Adrianne Todman at the group’s annual conference held in Pittsburgh.

“This national recognition validates that the GIV can be a prototype for affordable housing and wellness programs for seniors in cities across the country,” said Rona Barrett, founder and CEO of the Rona Barrett Foundation. Ms. Barrett, whose advocacy for seniors in need led to the project’s concept, added, “The GIV isn’t just a roof over these residents’ heads; it provides a wealth of life-enriching programs and services as well.”

Bob Havlicek, executive director of the Housing Authority of the County of Santa Barbara, said, “From the happy looks on the very first residents’ faces, we knew the GIV was going to be a special place when its doors opened in December 2016. To receive these national honors is a true testament that solutions can be activated to address critical needs of our vulnerable and valuable elderly citizens.”

The Rona Barrett Foundation, based in Santa Ynez, focuses on providing affordable housing solutions and wellness programs for low-income seniors. The Housing Authority of the County of Santa Barbara, located in Lompoc, CA, is a member of NAHRO, whose membership of nearly 17,000 represents agencies across the country. 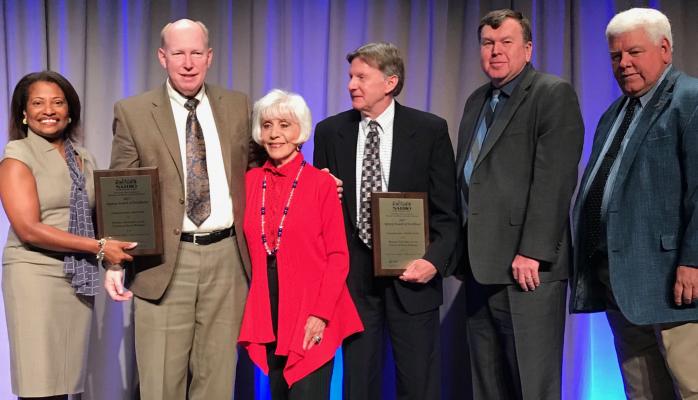