Since its founding in 2000, ShelterBox has provided shelter and other living essentials to more than 2 million people around the world in disaster areas and conflict zones. It has responded to more than 300 disasters and deployed to 100 countries.

“ShelterBox USA will greatly benefit from the combined expertise and dedication of these superb additions to our board and staff. We are thrilled John Glanville has joined the ShelterBox USA Board of Directors. John has a unique combination of business and nonprofit experience, coupled with an innate desire to serve locally and globally. As a member of Rotary for decades, John understands the power of partnership and will help ShelterBox and Rotary to increase our impact around the world. Jeremy Jacobs brings deep experience as an award-winning reporter covering environmental and crisis issues. Jeremy has a diverse and dynamic background and brings extensive experience in communications," said Kerri Murray, President of ShelterBox USA. "He will play an important and prominent role in shaping and strengthening our communications as we continue to grow and scale our humanitarian relief efforts.”

Understanding ShelterBox’s mission came into focus for Glanville through his personal experiences during the Montecito Debris Flow of 2018. The disaster struck San Ysidro Creek, which ran through his backyard, and he witnessed the rescue of friends and neighbors, tragic deaths, evacuations and the process of recovery and rebuilding.

“It was a life-changing event,” Glanville said. “The Montecito Debris Flow was one of those events where the term ‘natural disaster’ was brought right to my doorstep. Now, I have a better awareness of what it means to be in a natural disaster and how long it takes to recover.”

Glanville has more than 25 years of experience in investment and portfolio management experience. He is the CEO and President of Maps.com, an icon of the geographic content industry, and General Manager of Benchmark Maps, which publishes recreational map products in the American West. John also serves as Managing Director of Athenaeum Capitol Partners LLC, a technology venture capital fund.

He has also done extensive work in the nonprofit sector, including leadership roles with local Rotary Club chapters. ShelterBox is the project partner with Rotary International on disaster relief, and Glanville has been a member of Rotary for more than 25 years.

Glanville was also attracted to ShelterBox because of his background in project management and the increasing need for humanitarian aid due to climate change-fueled disasters and conflicts around the world.

“I’m builder and I like to build things. One of the things I enjoy with Rotary is doing local, community projects, but we also have an international impact,” Glanville said. “ShelterBox is instantaneous building. I have a fascination with the actual problem of what do you do when a volcano blows up and there are no buildings.”

Jacobs is an award-winning reporter and photographer, having most recently worked for E&E News, a nonpartisan news service on energy and environmental issues that is owned by POLITICO. His work has been published in The New York Times, Men’s Health, and the Jewish Daily Forward, among others.

He is also currently a lecturer in UCSB’s Environmental Studies Department.

Jacobs said he was attracted to ShelterBox because of the growing displacement problem around the world. As of last year, about 113 million people have been forced from their homes by conflict and disaster – an all-time high.

“Around the globe, we’re seeing the impacts of climate change, COVID-19 and conflict on the world’s most vulnerable,” Jacobs said. “I am excited to join ShelterBox USA and help tell the story of the incredibly important work this organization does to address all three.”

Jacobs graduated with honors from Stanford University and has a master’s degree from the Columbia Graduate School of Journalism. He also recently co-led an effort to save 11 sports from discontinuation at Stanford, including Men‘s Volleyball, which he played. He lives in Goleta.

Kerri, John and Jeremy are available for interviews.

About ShelterBox
ShelterBox provides emergency shelter and other essential items to families who have lost their homes to disasters or conflict. In April 2021, ShelterBox surpassed providing support to two million people since 2000, responding to more than 300 disasters in nearly 100 countries. ShelterBox responds urgently to earthquakes, volcanoes, floods, hurricanes, cyclones, tsunamis, or conflict by delivering boxes of essential shelter, aid, and other life-saving supplies. Each iconic green ShelterBox contains a disaster relief tent for an extended family, blankets, a water filtration system, emergency lighting, and other tools for survival. The organization was nominated for a distinguished Nobel Peace Prize in 2018 and 2019. ShelterBox USA is based in Santa Barbara, California 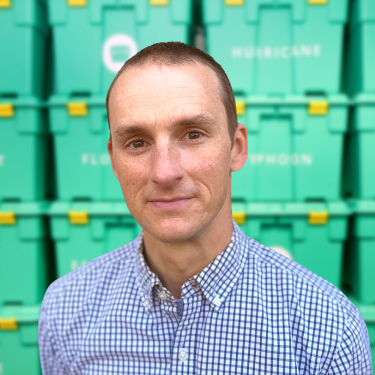 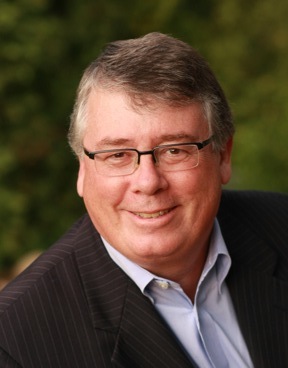 I am not going to argue your

The APA didn't talk to

Silliness? Do you not

What is it you are not