EVENT
byjzpr
0 Comments
Reads 377
Event Date:
Thursday, February 20, 2020 - 20:00
The Santa Barbara Zoo is excited to announce the return of the most anticipated “science-meets-comedy” series of the year, IMPROVology, kicking off with a special Valentine’s Day edition, on Thursday, February 20 at 8:00 pm, at the Lobero Theatre. The Zoo’s hilarious take on the hit show “Whose Line is it Anyway?” will have three shows at the Lobero in 2020, and tickets are on sale now.
If you think other people’s love lives are interesting, check out the dating dilemmas of amphibians and birds! Condor coupling is just the bird version of Bachelor in Paradise, and who knew frogs liked to hump in the hills? In this season’s opening show, scientists and comedians do a deep dive to uncover the lusty underbelly of truly “wild” love, using stories from the field as fuel for side-splitting skits, songs, and silliness created on the spot.
Since 2015, this sold-out series has proven that audiences are “batty” about this mashup of wildlife talks with improv theatre. The format remains unchanged: two leading animal experts are interviewed live on stage, followed by comedy skits, songs, and silliness created on-the-spot by members of L.A.’s Impro Theatre. There’s live music accompaniment, audience participation, and friendly competition between the two teams scored by local celebrities. The 90-minute show is performed without intermission.
The two animal experts for this show include Dr. Katy Delaney from the National Park Service, who will discuss the importance of frog sex in the Santa Monica Mountains and Joe Burnett from Ventana Wildlife Society who will share all about the drama of California condor love lives.
The host of the show is Impro Theatre’s artistic director Dan O’Conner, who is joined for this show by company members Micheal McShane, Stephen Kearin, Jo McGinley, Kelly Bashar, and Brian Michael Jones. Musical accompaniment is provided by local Santa Barbara pianist, Konrad Kono, along with Dr. Michael Schindlinger on bass.
Tickets for this event are $30 and $25 for SB Zoo members. VIP tickets are also available for $70, which includes premier seating and pre-show reception with drinks and hors d’oeuvres. Purchase tickets at the Lobero Theatre Box Office, online here, or call (805) 963-0761. The show begins at 8:00 pm and ends at 9:30 pm with no intermission.
About Joe Burnett
Condor expert and Condor Program Coordinator/Sr. Wildlife Biologist, Ventana Wildlife Society
Joe started working with Ventana Wildlife Society in 1993 as a Field Assistant for Ventana's Bald Eagle Restoration Program in Big Sur, CA. In 1996, Joe became Field Supervisor for Ventana's Condor Restoration Program and coordinated the first seven releases of condors in central California, in Big Sur and Pinnacles National Monument. Joe left Ventana briefly to start up Oregon Zoo's Captive Breeding Program for condors, returning to coordinate the release effort once again. Joe received a bachelor's degree in Wildlife and Fisheries, focusing on birds, from West Virginia University in 1994 and has more than 25 years experience working with a variety of bird species.
About Katy Semple Delaney, PhD
Frog expert and Wildlife Ecologist, Santa Monica Mountains National Recreation Area
At age 11, Katy moved with her family from Michigan to San Diego and fell in love with the ocean and marine biology. She went on to collect a bachelor’s degree at UCSD and a doctorate at UCLA, where she spent much of her time studying birds. When the National Park Service hired her in 2010, she did not know she would be assigned to work with red-legged frogs, but she “hopped” at the chance. Katy currently manages the reintroduction program in the Santa Monica Mountains area, and recently found that introduced adult red-legged frogs survived the Woolsey Fire.
About the Impro Theatre
Based out of Los Angeles, Impro Theatre is a critically acclaimed theatre company that
performs completely improvised, full-length plays in the theme of history’s most acclaimed writers. Fully unscripted shows include those based on Shakespeare, Stephen Sondheim, and Jane Austen, as well as film genres “The Western,” and “Film Noir.” Due to the improvisational aspect of the shows, it makes every experience unique. Not even the actors have an idea of where the show will take them. In Southern California, Impro has performed sold-out shows at South Coast Repertory, the Broad Stage, the Pasadena Playhouse, North Coast Repertory, Garry Marshall Theatre, and many more. Venues around the world include the John Anson Ford Amphitheater in Los Angeles, Oregon Shakespeare Festival, the Athenaeum Theatre in Chicago, Evans Auditorium at Texas State University, the Melbourne Fringe in Australia, and Theatre Adyar in Paris. For more information about the company and the training it offers, visit www.improtheatre.com
About The Santa Barbara Zoo

The Santa Barbara Zoo is open daily from 10 AM to 5 PM; general admission is $19.95 for adults, $11.95 for children 2-12, and free for children under 2. Parking is $11. The Santa Barbara Zoo is accredited by the Association of Zoos and Aquariums (AZA).  AZA zoos are dedicated to providing excellent care for animals, a great visitor experience, and a better future for all living things. With its more than 200 accredited members, AZA is a leader in global wildlife conservation and is the public’s link to helping animals in their native habitats. Visit www.sbzoo.org. 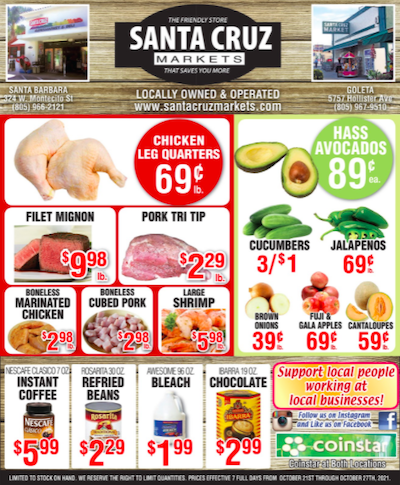 It's been years since it was

They put out the hot spots

When NoozHawk and the Indy

"Reagan was a great actor and

Reagan was a great actor and

So interesting the level of

Exactly, those aren't even

Barn owls are so beautiful