Santa Ynez Valley resident Cynthia Manigault has joined the Board of Trustees of the Rona Barrett Foundation, a nonprofit dedicated to providing affordable housing and wellness services for the elderly poor. The announcement was made at this month’s board meeting.

As a longtime healthcare professional, Cynthia has spent more than 40 years specializing in psychiatric nursing. Prior to her current position as Nurse Educator for Psychiatry and Addiction Medicine at Santa Barbara Cottage Hospital, she held leadership roles at NewYork University and Colombia Presbyterian/Psychiatric Institute in New York City, as well as UCLA-Neuropsychiatric Institute in Los Angeles. In addition, Cynthia is the CEO and owner of Manigault & Associates, LLC, a software development company with a focus on the healthcare industry.

“With her extensive background in the medical field,” said Rona Barrett, Founder and CEO of the Rona Barrett Foundation, “Cynthia Manigault will be a valuable addition to our board. As our nonprofit continues to explore additional health-related services for low-income seniors, her insights and knowledge will be tremendous assets.”

“So many elderly women and men have touched my life over the years,” said Cynthia. “Whether a grandparent or dear friend, their experiences and valuable contributions have always been of interest to me. Personal bonds are the inspiration for my wanting to become directly involved with the Rona Barrett Foundation and its work on behalf of seniors in their time of need. Like so many others, I’ve been impressed with the Foundation’s efforts to develop and build the Golden Inn & Village, the affordable independent living campus for low-income seniors.

The Golden Inn & Village, a joint affordable housing development with the Housing Authority of the County of Santa Barbara and the Rona Barrett Foundation, opened its doors to more than 65 senior citizen residents in December 2016. During the first two years, a host of wellness services, including a meal program, have been offered to residents at no cost.

In late 2017, the Golden Inn & Village was awarded two National Awards of Excellence from the National Association of Housing and Redevelopment Officials (NAHRO), which included recognition of the many programs and services provided by the Rona Barrett Foundation. 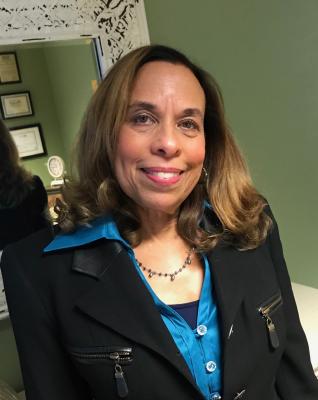