The Santa Barbara County Animal Services Director was fired and the department isn't saying why.

Tara Diller was hired in March of last year by the Santa Barbara County Public Health Department (PHD). A statement from the department lauded Diller's 17 years of experience in the animal welfare industry and successful innovative and lifesaving programs that have received local and national recognition. 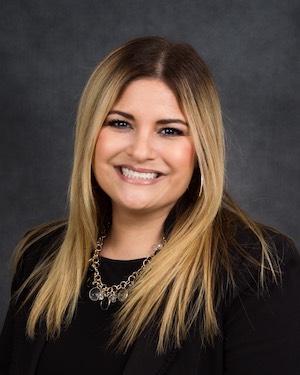 Edhat received several emails this week from Animal Services volunteers stating they were notified by email that Diller was fired and they were not given a reason. The volunteers who contacted edhat all stated they felt she was doing a great job after previously poor management.

Volunteers received the following message from Deputy Public Health Director Paige Batson: "I regret to inform you that Tara Diller is no longer with the PHD and Animal Services effective February 7, 2020. I thank you in advance for your patience with the Animal Services Team as we manage this difficult transition."

Edhat has contacted Batson and PHD for comment, neither have responded.

Volunteers and supporters of Diller attended the Santa Barbara County Board of Supervisors meeting on Tuesday. They asked Supervisors why she was fired and wanted details, but did not receive answers.

Diller previously served as Director of Ventura County Animal Services (VCAS) for 5 years. She was commended for creating processes that increased the animal save rate in shelters from 79% to 93.3% with sustained results. She also successfully implemented a new user-friendly app and website and reduced the number of days animals spent in shelters with the length of stay going from 21 days on average to 14 days.

The Ventura County Star reported last year that Diller was fired from her position at VCAS before coming to Santa Barbara. Diller filed a claim against Ventura County that she was wrongfully terminated after she refused her boss's requests to engage in prayer. Ventura County representatives stated her termination was unrelated to her claim and refused to state the reason for termination.

As a manager of many teams in the private sector for 30 years, all I can say is the termination could be for a variety of reasons: stealing, misuse of funds, sexual misconduct, bullying, etc. Most peers and other colleagues did not have a clue on what triggered a termination. Suggest refraining from speculation.

Her higher level position with the county was probably "At-will employment". Rank and file public employees have more job security often than the higher paid management.

If a public employee in CA gets fired they tend to be either so terrible that they can't stay employed without the County getting sued or causing serious damage. Or they are so good and efficient that most of their subordinates turn against them so they can continue the stagnant status quo.

I have volunteered at The SB County shelter for over 20 years. She was by far the most responsive director and implemented more positive change than any of her predecessors. Speculation is a waste of time as we may never know the reason. The County is holding two meetings with staff and volunteers to discuss the situation. I am sure they won’t disclose the reason for her termination.

Every volunteer I talked to at the County shelters thought she was doing a great job. This, after many years of the volunteers having to work to understand the decisions that the previous managers were making, and how they were in the best interests of the animals. I think it probably had more to do with bringing in an outside person that tried to implement changes faster than the existing staff liked. County staff can be very resistant to change.

Again. In the private sector people get fired everyday. In the public sector, it's as if a miracle has to happen for it to occur. At the end of the day, the person didn't work out. In fact, there should be more of it.

So, without any info about the situation, you assume the firing was justified? You know what they say about assuming things.

A relative of our runs an large animal shelter down south. Sometimes new administrators that come in are reluctant to put animals down, even animals that will likely not be adopted (ie elder, ailing, unwanted or dangerous breeds, too large for most household, too shy, too aggressive, lots of reasons and it is complicated).The kennel population can grow, and it is expensive to find homes outside the county. Costs go up. Don't know if that is happening here, but when I read that she was commended for an " animal save rate in shelters from 79% to 93.3%" it was an indication that the new admin may be implementing the same save rate policy(less than 7% is so low that it could represent only very ill animals). Don't know if this is the reason for termination, but it a concern for public administrators. It is often not something we like to talk about, animal lives versus costs.

A live release ratio of 90% or more is enough to call a shelter no-kill under commonly accepted guidelines. SB County shelters have been running at a 95% live release rate for a number of years, so I don't think her willingness to euthanize is the issue here.

I agree, there's much more. She was fired twice but both places have given no public reason. It makes me suspicious that the problem lies more with the employer and less with the employee. Regardless of whether I am right or wrong, the fact that this job deals with animals means that it needs public accountability. Were the animals bring wronged? At the very least, we need to know that.

There's far more to this story than what's being released! Is this lady a "troublemaker?" Is she a whistleblower? Hmmmm

Osprey is right! I guess I

The numbers are approximates

It's certainly much more

Alameda Park West, where the

The permanent residence of

I think the counting is

A complete was of money. Who

I attended the Live Oak Pow