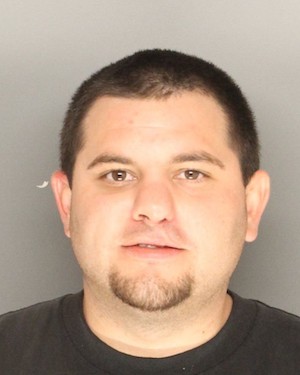 Detectives had been investigating the suspected criminal activity of Santa Maria resident Jacob Cardenas, a convicted felon and suspected Westpark gang member, who is currently on active Santa Barbara County Probation.  On Tuesday morning, detectives executed three search warrants in the City of Santa Maria associated with Cardenas.  During the execution of the search warrants, Cardenas was located inside the bathroom of his residence in the 400 block of E. Mill St., actively attempting to flush narcotics down the toilet.  Detectives forced entry into the bathroom and arrested Cardenas.  Approximately 3.5 lbs. of methamphetamine were recovered from the bathroom.  Additionally, 6 firearms were recovered during the search warrants, along with approximately $11,000 in cash.

Jacob Cardenas is being held without bail on a probation detainer.

As far as I know SB's

This former POW camp should

LOTS of people partying this

He is gorgeous, and I hope

I hope that photo is from