COLS LIL HOMER (aka Homer), a bay Quarter Horse gelding, celebrates his 20th birth year with his owner and rider, Karen Jenkins of Santa Barbara, who is 80 years young, and presented Homer in a Century Club Ride at Earl Warren Showgrounds on August 17, 2019 at 11:45 AM.

This rare event is designed for horse and rider who achieve the combined age of 100.

The Century Club is sponsored by the US Dressage Foundation.  The concept was first introduced to the foundation in 1996.  Horse and rider must apply for the honor of presenting a Century Club ride.  Then they must perform any dressage test at any dressage show.  Dressage is defined as the art of riding and training a horse in a manner that develops obedience, flexibility and balance.

Mrs. Jenkins, her husband Si and son Josiah own Jedlicka’s Saddlery in Los Olivos.  They recently closed their store by the same name in Santa Barbara. Mrs. Jenkins, a lifelong horse rider, has been a member of the local Sage Hens riding group for 50 years and was riding for her Sage Hens 50 year recognition award only days before the Century Club ride.

Homer takes it all in stride. Not only does he have a calm demeanor, he can also easily make the transitions from dressage mount to western trail horse to Fiesta celebrity.  He even has the distinction of being one of two Jenkins family horses featured on the 2013 official Fiesta poster.

At the August 17th event, Mrs. Jenkins and Homer performed First Level Test 1 in front of family and friends.  Among her many supporters was her dressage trainer, Suzanne Galsterer of Rincon Vista Farm in Carpinteria.  Said Galsterer:  “The Century Ride is an amazing accomplishment.  Karen’s love for horses and her dedication to the sport is inspirational to all of us.” 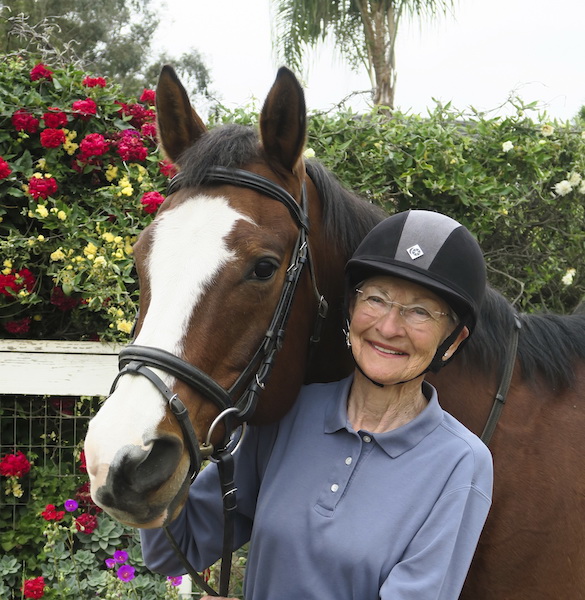 Maybe they should discuss a

Why are you cheering on Cal

$1 million for the emergency

Nice. Our tax money at work.

Probably do half if even that

Not a family member, a

Nine years seems to me to be

When you are sentenced to do