Kelly Hoover spent her last day as Public Information Officer for the Santa Barbara Sheriff’s Office today, July 26, 2019 and will soon take on her new role as the Community Relations Manager for the City of Goleta. 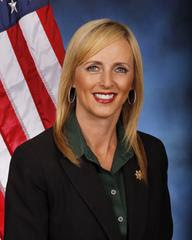 Kelly joined the Sheriff’s Office in January of 2013 and is the first female civilian to serve as the agency’s Public Information Officer. Prior to her arrival, Kelly’s experience was in the media as both a broadcast and print journalist.

Sheriff Bill Brown said she will be missed. He said, “Kelly Hoover has served the Santa Barbara County Sheriff’s Office with extraordinary dedication and skill during the past 6 ½ years. Her efforts have resulted in the transparent conveyance of information about the many facets of the Sheriff’s Office. She strengthened the relationship our organization has with the media and the communities we serve. She did an outstanding job for us and is leaving some big shoes to fill.”

Hoover said, “I have truly loved every second of being the Public Information Officer for the Santa Barbara County Sheriff’s Office. It has been such an honor and privilege to serve my community in this way and represent a group that I have the upmost respect and admiration for. I am a better person from this experience and I thank Sheriff Bill Brown for trusting me with this incredible responsibility. We are unbelievably lucky to have such dedicated, highly trained and good-hearted people who truly want to make a difference protecting and serving the people of Santa Barbara County.”

The City of Goleta is pleased to announce that it has hired Kelly Hoover as our new Community Relations Manager.  She will begin her role with the City on August 26.  Kelly is a familiar face to the City having served the past six years as the Public Information Officer for the Santa Barbara County Sheriff’s Office.  Prior to coming to the Sheriff’s Office, Kelly worked in the media for more than 15 years as both a broadcast and print journalist in markets throughout California and Oregon.

“Kelly’s familiarity with Goleta and experience with the public makes her a terrific asset to the City,” said City Manager Michelle Greene. “She embodies what we are looking for in a Community Relations Manager and I am delighted to have her as the newest addition to the City.”

Kelly said, “I have had the tremendous honor of serving the citizens of Santa Barbara County as the Public Information Officer.  This rewarding and challenging experience has given me the opportunity to grow exponentially as a communicator.  I am excited to bring my experience and enthusiasm to serve the residents of Goleta.  I have a strong and sincere connection to this vibrant community and consider it to be a very special place.  I am excited for the opportunity to showcase and celebrate the people who live, work and play in Goleta.  I look forward to helping the City move forward with the great work its already doing and help advance its mission and objectives.  This is an exciting time for the City of Goleta, and I am thrilled to be a part of its future.”

This definitely deserves all