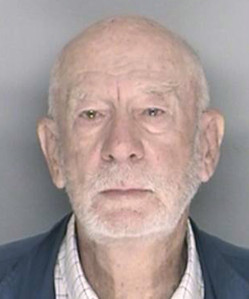 The successful prosecution of this serial pedophile was the result of the actions by several civilians, starting with the Good Samaritan who called 911 when she observed the defendant engaging in inappropriate touching of a young girl in a local supermarket. She provided the authorities with a description of the subjects as well as a license plate of an associated vehicle.  During the course of her thorough investigation, Santa Barbara Police Department Detective Megan Harrison uncovered multiple additional women who had been sexually victimized by the defendant and three of these women bravely testified at his trial.

The prosecution team read victim impact statements from two of the victims that expressed the amount of damage that Hawley caused each of them individually as well betraying the family as a whole.  District Attorney Dudley stated, “This is an example of a case where citizens were willing to come forward and report suspicious behavior to law enforcement, and the excellent investigation by members of the Santa Barbara Police Department resulting in a predator against women and children being held accountable for unthinkable crimes”.

A great example of why we

Wages? If they dont get back

I think the problem is with

I wonder how many Santa

How to Deter Vandals

How to Deter Vandals

Your head is in the sand if

Uh JBQ the senator herself is

JQB, I don't think anyone