On the evening of January 10, 2019, the Santa Barbara Police Department responded to an apartment complex in the 1200 block of Laguna Street for a report of a 911 hang-up call where a possible domestic disturbance was occurring. 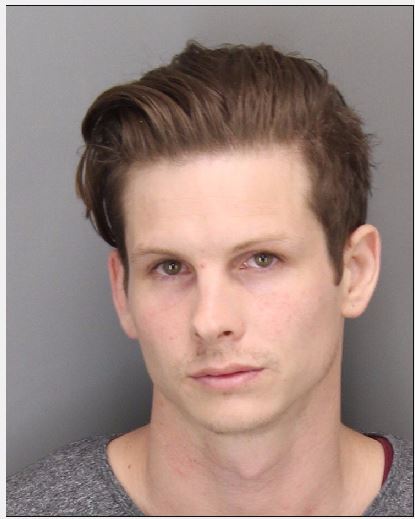 Officers attempted to conduct a welfare check with a male subject inside the residence who refused to open the door. The suspect, now identified as Maxwell Tracy, age 29, made verbal threats to officers about having a gun and shooting them should they attempt to enter the home.

Intelligence gathered at the scene informed officers the suspect had his 10-week-old infant in the home with him. Tracy was intoxicated, uncooperative, erratic and very agitated.

A perimeter around the residence was set up and portions of the surrounding neighborhood were evacuated. On-scene supervisors activated a SWAT and CNRT (crisis negotiations response team) call out to the location.

With the combined efforts of Patrol, SWAT, CNRT, Tactical Dispatchers, Detectives and Command Staff personnel, Tracy was talked out of the home and surrendered without incident around 1:50 A.M. The infant was examined by AMR at the scene and found to be unharmed.

Tracy was arrested and booked in County Jail for felony threats toward a police officer, criminal threats, and child endangerment.

Just home from a socially

I knew a guy in college who

Roger out for now.

So if anyone wants to know

That is 2 they are looking

Consider anyone eating at any

Headline is misleading. This