Gregg Hart has officially left the Santa Barbara County Board of Supervisors for the State Assembly as Laura Capps takes the open Supervisors seat.

Hart was sworn in as the Assemblymember for District 37, representing Santa Barbara County and southern San Luis Obispo County, on Monday at the State Capitol in Sacramento.

"I am grateful for the opportunity to serve my community as a member of the State Assembly," said Hart. "I look forward to working collaboratively to address challenges facing the Central Coast and all of California. Together, we can increase educational opportunities, protect our environment, and keep our economy thriving."

"From Carpinteria to Nipomo, and the Gaviota Coast to Cuyama, the Central Coast is home to a diverse population, rich natural resources, and a robust economy," said Hart. "I will work every day to improve the quality of life for working families in our communities." 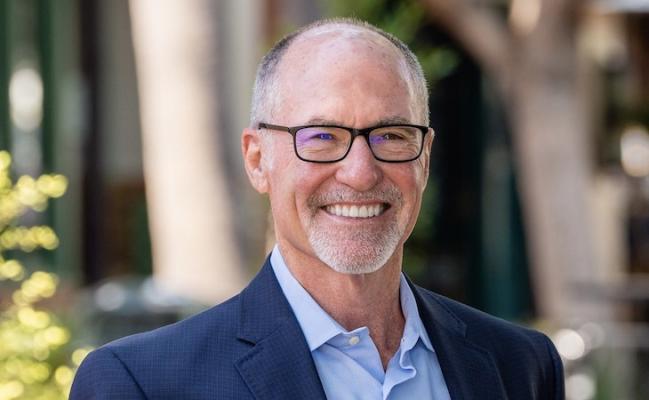 Although, due to Hart's early resignation for the Assembly, Governor Gavin Newsom appointed Capps to fill the seat now. Pursuant to California Government Code section 25060, whenever a vacancy occurs in a board of supervisors, the Governor shall fill the vacancy. This allows the County Board of Supervisors meetings and votes to continue without delay with all five members throughout December.

"Thanks to Governor Newsom we are not skipping a beat between Supervisor Hart's effective service to the county and the beginning of mine,” said Supervisor Capps,“I’m honored to have the opportunity to make progress on the urgent challenges our county faces, predominantly housing, poverty, drought, climate change, economic recovery, and mental and public health.”

Capps comes to the Board of Supervisors after leaving her seat at the Santa Barbara Unified School District, a position she had been in since 2016.  Capps has deep roots in Santa Barbara County, specifically the district she is now serving. The Supervisor was born at Cottage Hospital and spent her early years in Goleta before her family moved to Santa Barbara.

“I have worked in and around all levels of government for my entire career.  I understand deeply that my role is to help make people's lives better, as best I can.  Thankfully, I have a stellar team already in place.  From day one, our work will center on the children of our county and their future,” said Capps.

Supervior Capps was sworn in just before her first board meeting the morning of Tuesday, December 6. When Capps officially starts her elected term, a swearing-in ceremony will take place on Jan. 10, 2023.

Do we have any meaningful alternatives? Nope. We have jumped the shark as it relates to common sense people dropping what they are doing to step into the political arena. Anyone living in a somewhat urban area who challenges the status quo of big government spending will get crushed. The far right will not support unless the person also supports some radical social agenda to combat the left's equally radical agenda. Liberals like Capps, Salud, Das et al never had real jobs so it is easy for them to become politicians since feeding off the government is what they do. So normal people have couple options. 1) just deal with it knowing public schools suck, your taxes are paying for gov't pensions, and the city you live in will continue to deteriorate or 2) move to a rural area where government BS is less in your face. Trying to change the status quo anymore just will not happen - at least in SB. Too many government jobs and takers.

SBLOCAL has summarized it well. And number 1) is exactly what everyone who lives around here still is choosing to do whether they realize it or not. The schools are tanking and we’re paying more and more taxes towards municipality pensions. It’s a downward spiral.

Congratulations Gregg and Laura!! A great day for Santa Barbara!

When I say "puppet" it is implying the politician is not acting on their own volition or what is good for the area they represent, rather they are beholden (i.e. a puppet) to the financial backers of their campaign who have a more selfish agenda. This is the biggest problem with our democracy. I do think Trump is a total pig and morally corrupt - but the one good thing he did was expose is how corrupt government is when it comes to decision making and spending. I think the majority of people are fiscal conservatives and more liberal as it relates to social policies. Unfortunately the extremist of the left and right are ruining it for all - while the rationale common sense moderates get squeezed. Hard working people and job makers which are making up a smaller portion of the voter base are getting neglected to further the agenda of the "takers" who reward failure.

I could list more local charities. Of course I won't list the people in my life I've helped keep housed, fed, insured and employed.

But there are those much more in need, like San Bernardino and San Diego Counties.

"I think the majority of people are fiscal conservatives and more liberal as it relates to social policies."

I'm liberal both ways; I give away a lot of $, I have no offspring and am leaving a house or its proceeds to local charities. Nope, I'm not a fiscal conservative. Those who have so much should adopt a family or person and support them, or spend all that money by giving it to rental assistance and health care.
SB Communify
SB Food Bank
SB Neighborhood Clinics
SB Foundation

Everyone who works for anyone is a "puppet."

If you are beholden to a myriad of interests and people who support you does that mean you are a "puppet"?

I'd understand that claim if a politician was bankrolled by a single industry or single individual or even a very small cohort of people.

But that's really not the case here.

I don't like Laura very much, I think she's (contrary to your theory) only really out to serve herself and climb as high as she can, but to say that she's a "puppet", well, that is frankly just a lazy regurgitation of jargon. Think more deeply.

All politicians on either side are beholden to financial backers and their party. It's not a uniquely Dem issue.

Capps is clearly going career politician for sure. That’s her choice. I just wish she and the rest of the party at all levels - local to federal - would think beyond writing blank checks left and right. Surely they’ve heard the saying that there’s no such thing as a free lunch right?

Alex- Good approach but there would be so many draft dodgers, like the jury system. Folks expect a good legal system yet will not serve on a jury. A "jury of your peers" can be a scary thing these days!

With regards to term limits, people with no experience can do seriously stupid things.

Lewis Black semi-seriously mused congress should be filled similar to juries. Basic qualifications like taking a standard course on government should qualify you. Pay would be modest, nothing to the level that would make it financially lucrative. If selected, you would have the honor of serving you constituents for the allotted term then onto someone else. It would completely strip money from politics, elections, etc.

Well hallelujah, something we can agree on.

Career politicians are bad for democracy. I think that there should literally be a draft where citizens are compelled to serve at all levels of government for a period of time and are given a firm education as to what that means and how to do it effectively.

Get drafted, do your couple of years, contribute, and move on.

It would do the county/state/country/world a lot of good if we had fewer, not more, career politicians. You simply can't do what's best for your constituents, the people who elected you to represent them, if you're thinking about the next election.

Not sure you understand what a “puppet” is. Beyond that, not a big fan of Capps, I suspect this is just another step on the ladder to Congress for her. Not a fan of that at all.

Another democratic party puppet that will just further our county towards government dependence and over spending. These people are not civil servants, they are takers. Taking more from tax payers to line the pockets of the people who fund their campaigns. Based on her contribution to the School Board I have very little expectations. Her parents were also a political puppets so the apple is not falling far from the tree. "Keep our economy thriving" - yeah right - I would rather have a bag of hammers over her as it related to this. Can she articulate what she will do to make this happen? Salud, Das, et al. what a joke.

How can you make such claims with no evidence or information?!
Who in our community would you like to see in these elected positions?
Signed-SBLocal1961

Do we have any meaningful alternatives? Besides the usual ding-dong candidates the local GOP puts forward?

Which I will take, even over a reputedly somewhat sane Republican. After Trump's announcement, during his campaign and administration, and now after Trump, I can no longer trust anyone politician associated with a capital R.

Good question SB! One of the

Climate change is a no duh!

In the FL Black history

You have never heard of The

Show me tangible proof of how

So you're saying CRT is

So that's a no. Figured.