Not long ago, we did a story called Saviors of Goleta History. The Main-Begg Farmhouse project is a perfect example of what we were talking about.

A group of forward-thinking locals are working to restore and preserve a beautiful example of an early Goleta farmhouse built in 1911. 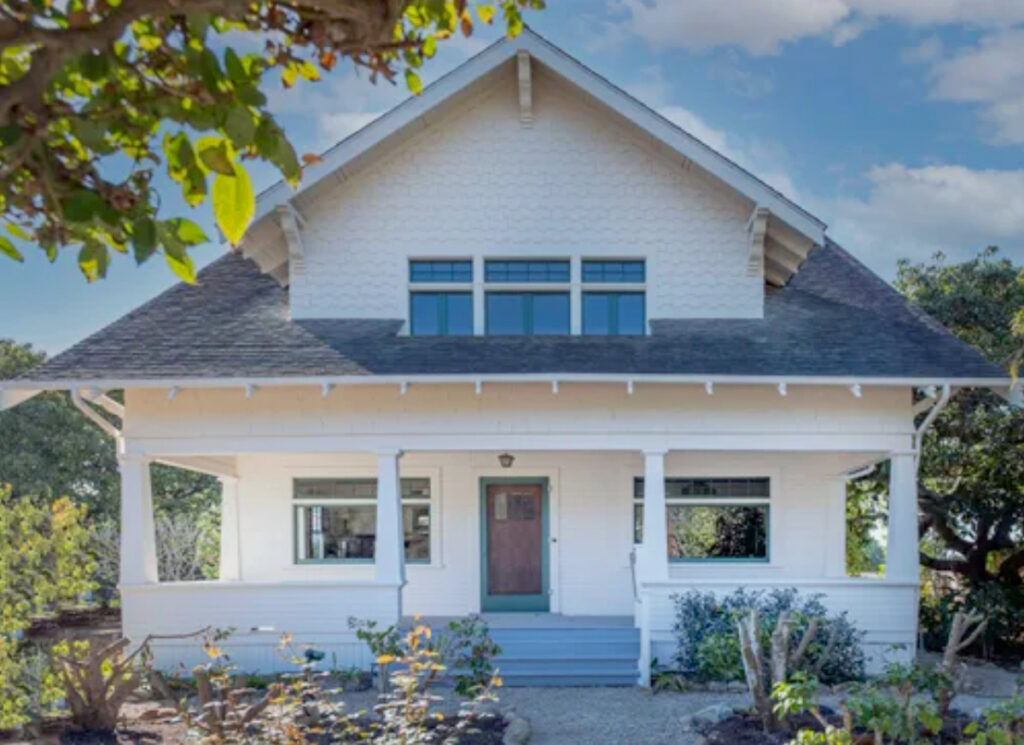 The Main-Begg Farmhouse, located at 5001 Hollister Avenue, is a not-for-profit organization that acquired ownership of the property in 2019 and started the long hard job of restoring the house and the property. 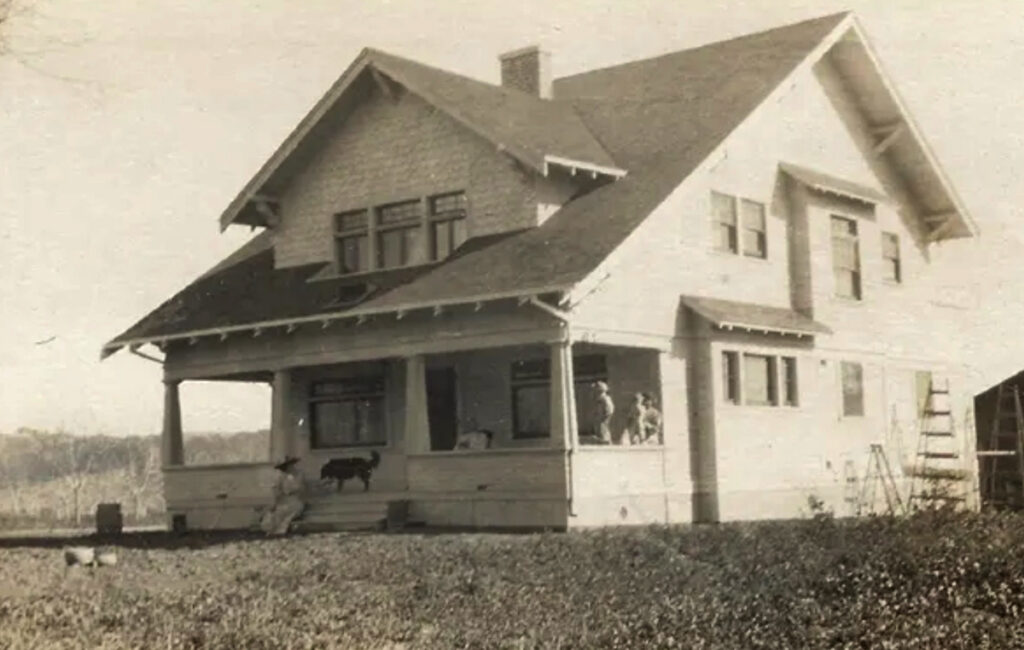 This house was home to a long line of Goleta Valley ranchers and their families and now it will be preserved for future generations to enjoy, learn about, and use. Its story is well documented on the Main-Begg Farmhouse website, but here is a brief rundown. 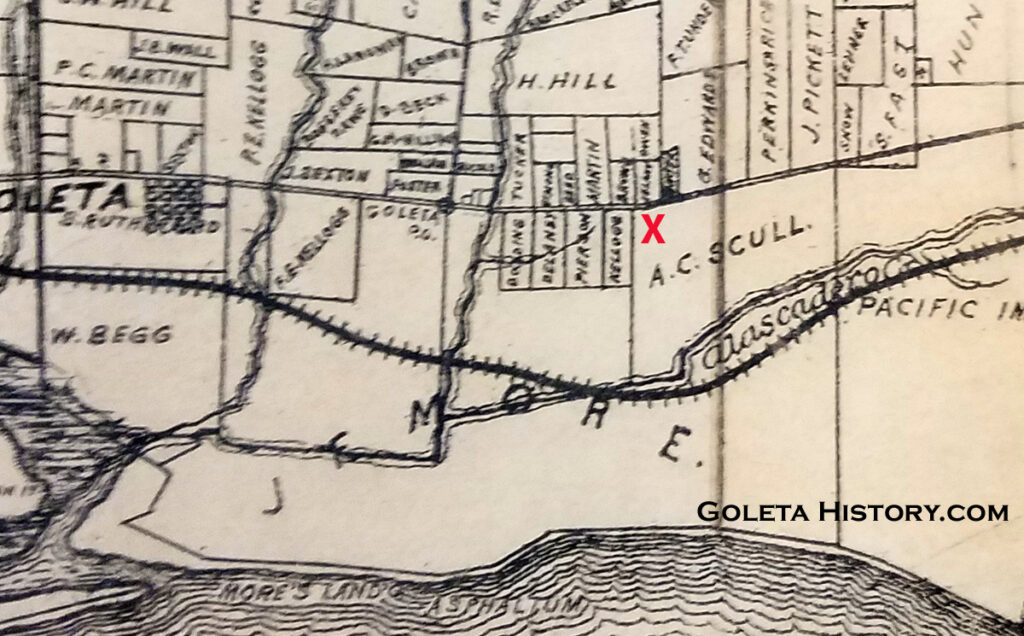 In the 1860s, Abel C. Scull acquired a large parcel of primo Goleta ag land from the Daniel Hill estate. Scull farmed the land, growing mainly corn and barley, until his death in 1899. His widow and his children subdivided the Scull Estate into four lots and listed them for sale. 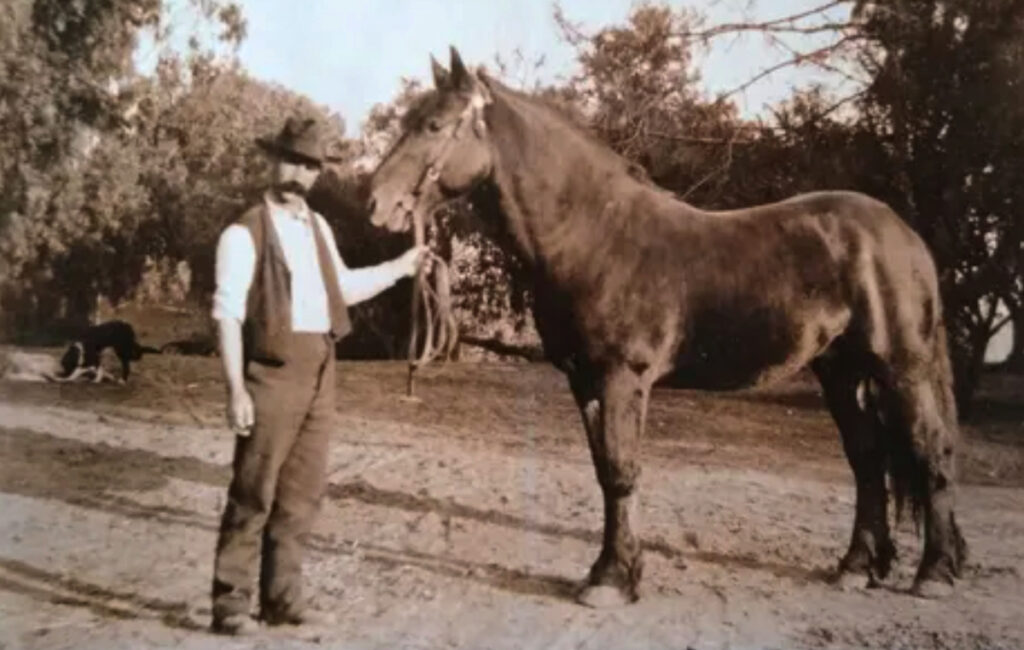 Enter Robert Main. Born in Scotland in 1862, Main married Jane Sangster in 1884, and in 1887 they came over to Santa Barbara with their two small children. The family moved from Santa Barbara to Goleta when Main was hired by Frank E. Kellogg to be his ranch foreman. 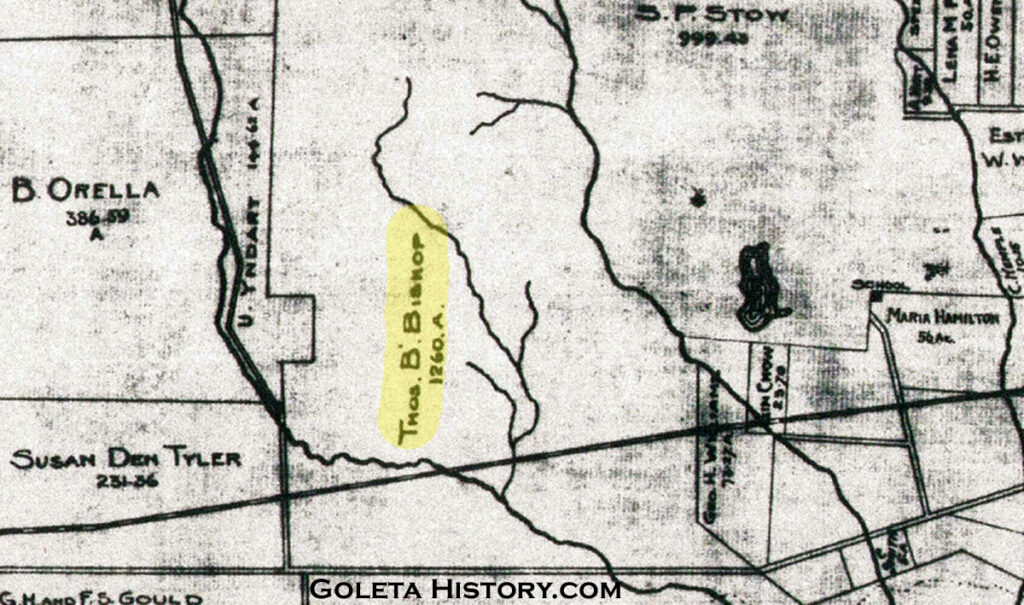 In 1890, Robert Main got a better job opportunity at Thomas Bishop’s large ranch in western Goleta. Corona del Mar was the new name for the former Glenn Annie Ranch that W.W. Hollister had lost in a lawsuit. Main began his long career as foreman and later superintendent of all of Bishop’s Goleta ranch lands. 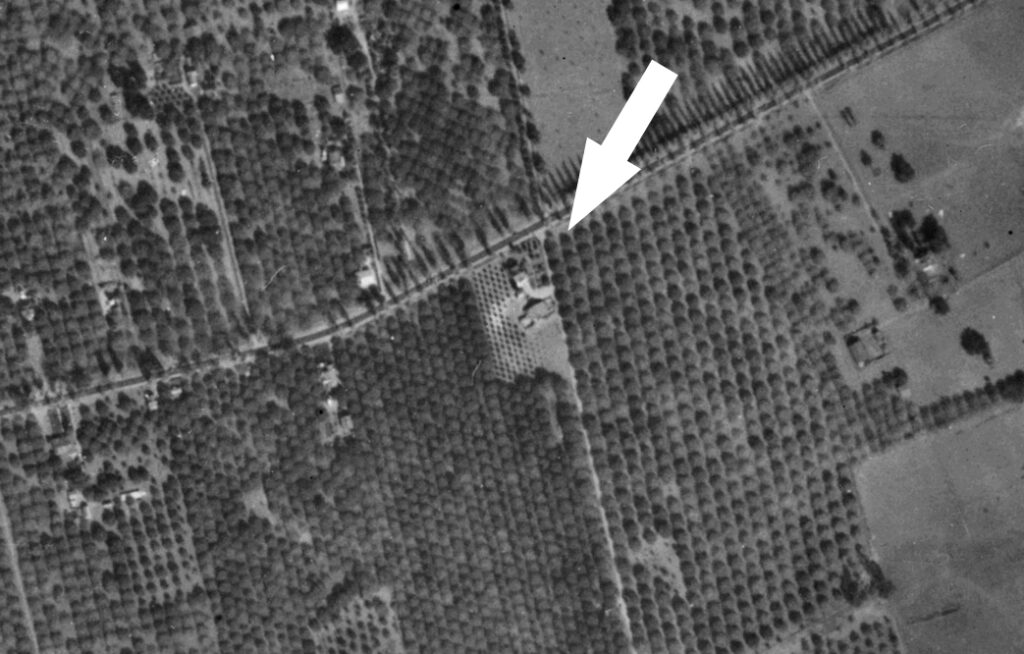 An ambitious young man, Main purchased Lot No. 1 of the Scull Estate in 1900 and soon began developing a ranch of his own, planting just under 25 acres of walnut trees in the fertile Goleta soil. 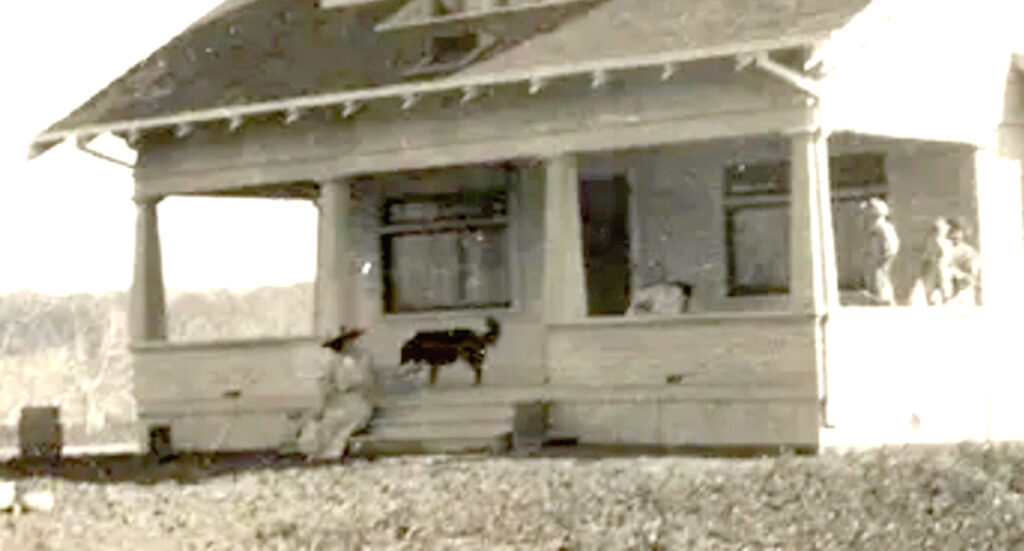 In 1910 Main hired contractor John Williamson and in 1911, the beautiful two-story Craftsman Style house that we see today was completed. Jane and Robert Main were happy in their new Goleta home, and they soon added four more kids to the family. 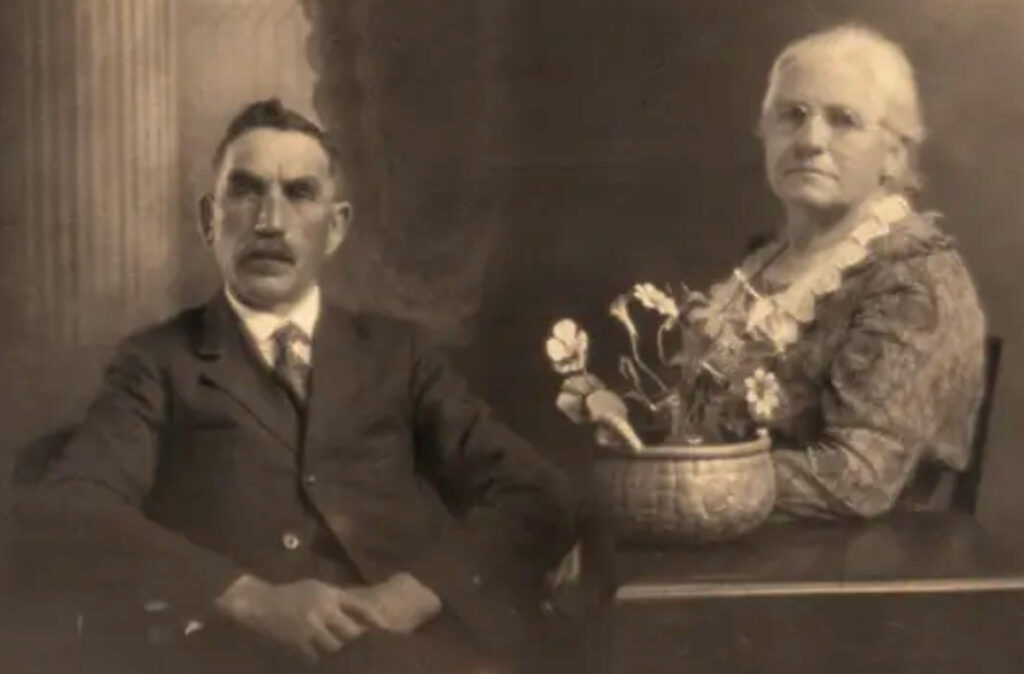 Robert Main managed the Bishop Ranch group for nearly 40 years, from 1890 to 1927, and became a prominent Goleta citizen. The Bishop ranches combined were one of the largest ranching operations in Santa Barbara County, but he still found time to run his own walnut farm and to be involved with lots of other business and civic affairs. Main helped organize and served as a director of several local agricultural cooperative associations. He helped other farmers learn the latest scientific methods and hosted demonstrations of new techniques for disease eradication and irrigation on his walnut ranch. 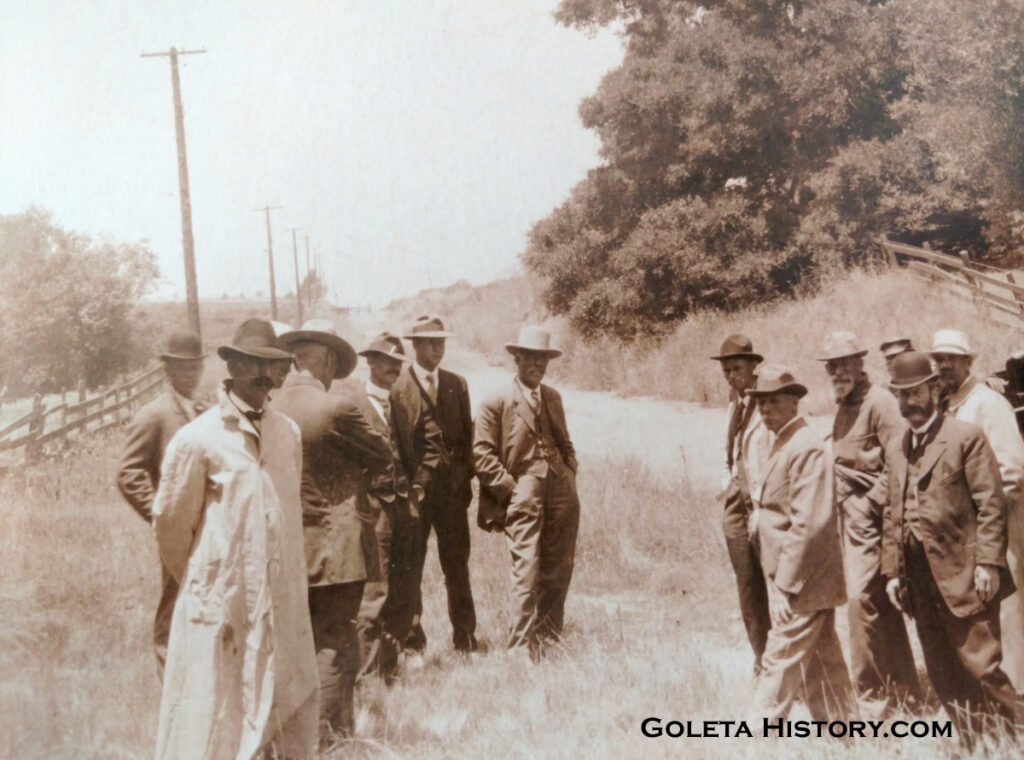 Main also helped start the Good Roads Committee, shown above. It was a community organization that created the Goleta Road District and lobbied the government for improved roads and a new Coast Highway. He also worked as an auditor for proposed county road projects, as a county precinct election officer and a county grand juror. Busy man! 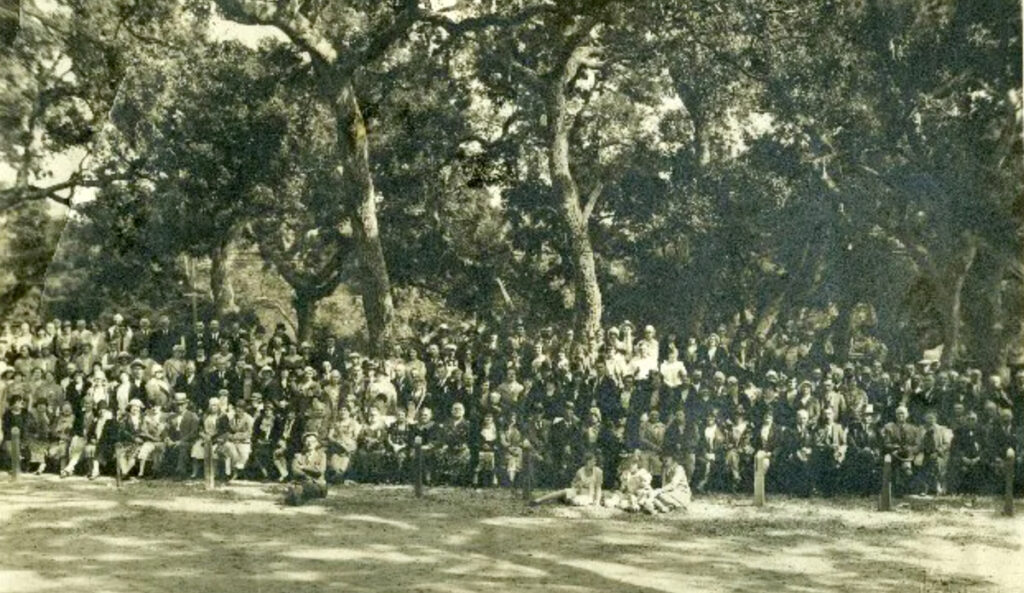 Main was a leader in Goleta Valley social affairs as well, helping to organize the annual Scottish Picnic at Tucker’s Grove, shown here. There were obviously a lot of Scottish folks in the Goleta Valley! 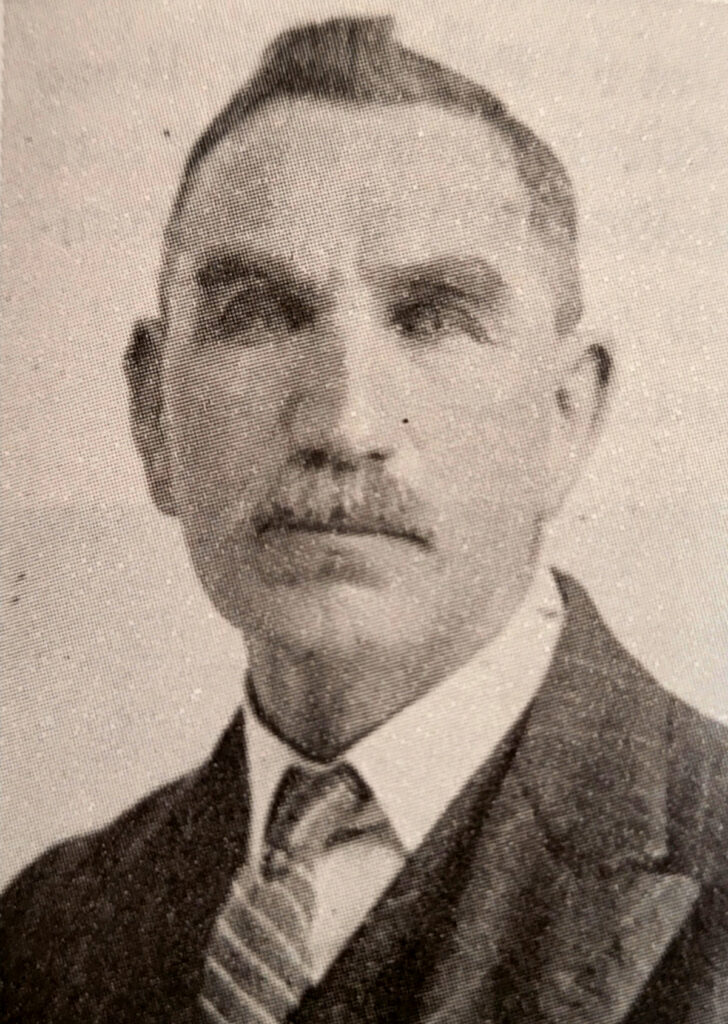 When Main retired from Corona del Mar in 1927, his son William took over his position. Robert Main passed away in 1930 and his wife, Jane, kept living in their home until shortly before her death in 1949. 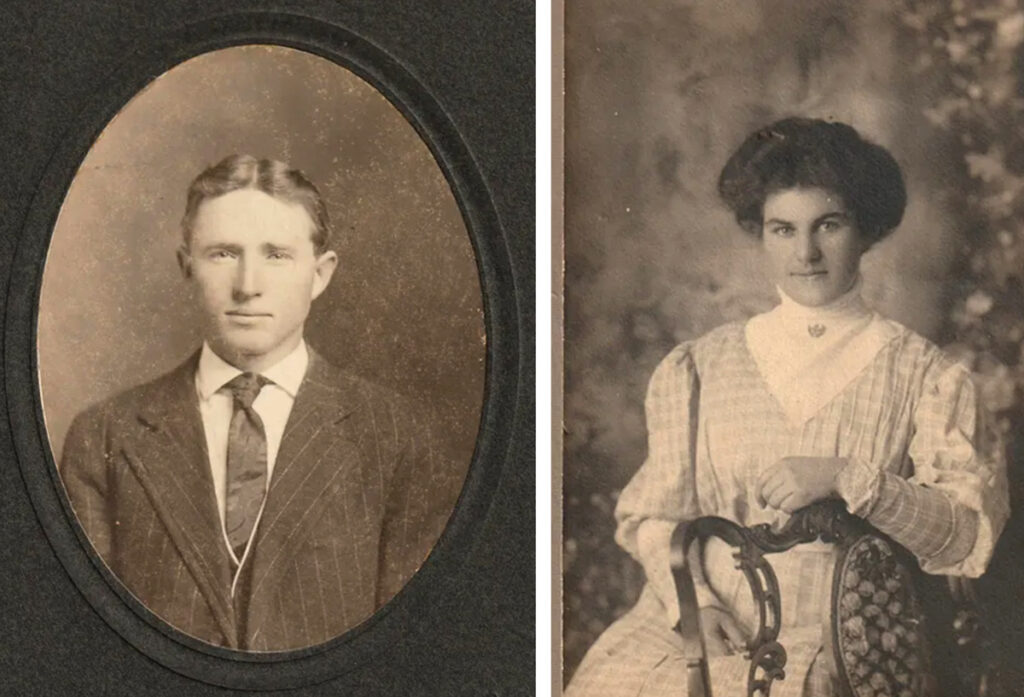 Robert and Jane’s daughter Carrie and her husband David Begg were married in 1911, the same year the house was built. After Carrie’s mother passed away in 1949, the couple moved in and were the next folks to make the Main-Begg Farmhouse their home. 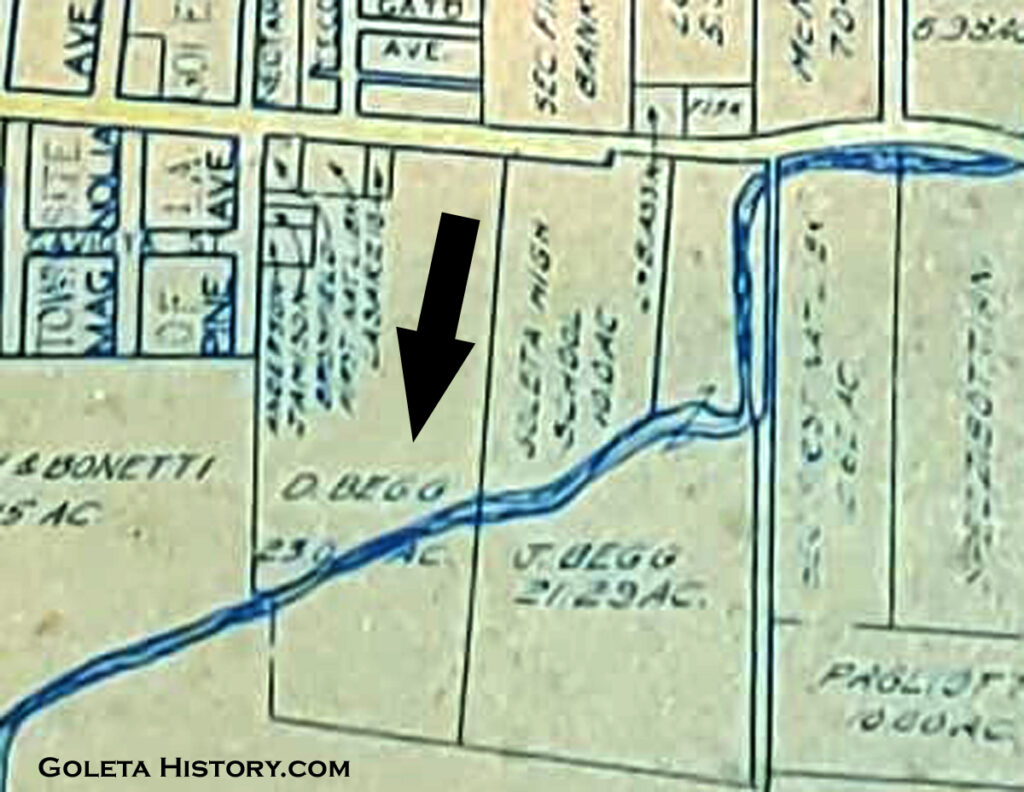 David Begg was the son of another respected Scottish family and he had made a reputation for himself, farming 23 acres in what is today the heart of Old Town. For 30 years the Beggs operated a general farm and raised eight children on the Old Town property. David also worked as the manager of the local lima bean warehouse, and he served as Goleta Constable for four years. Unfortunately, David died in 1952, only two years after moving into the Main-Begg House, but Carrie kept living there until her death in 1972. 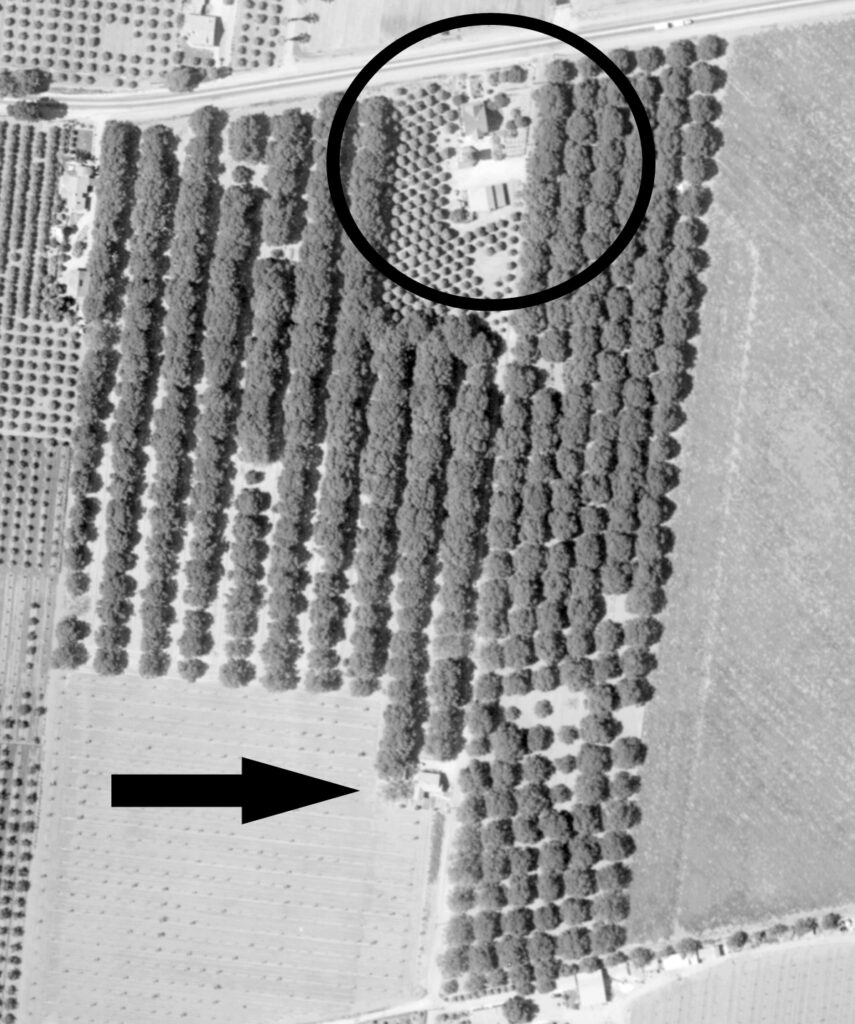 Since Robert Main’s death in 1930, one of Carrie and David’s sons, George Begg, had managed the Main Ranch. George and his family lived on the ranch in a cottage, shown by the arrow, about a quarter of a mile south of the Main-Begg Farmhouse, circled. This image is from 1948. Unfortunately the southern cottage no longer exists.

In 1957 Carrie Main Begg sold almost all of the property to a developer for housing. All she kept was the present one-half acre Main-Begg Farmhouse property, circled above in a sea of houses in 1969. After 1970, Charles (Chuck) W. Begg and his wife Margaret owned and occupied the house with their 3 children. 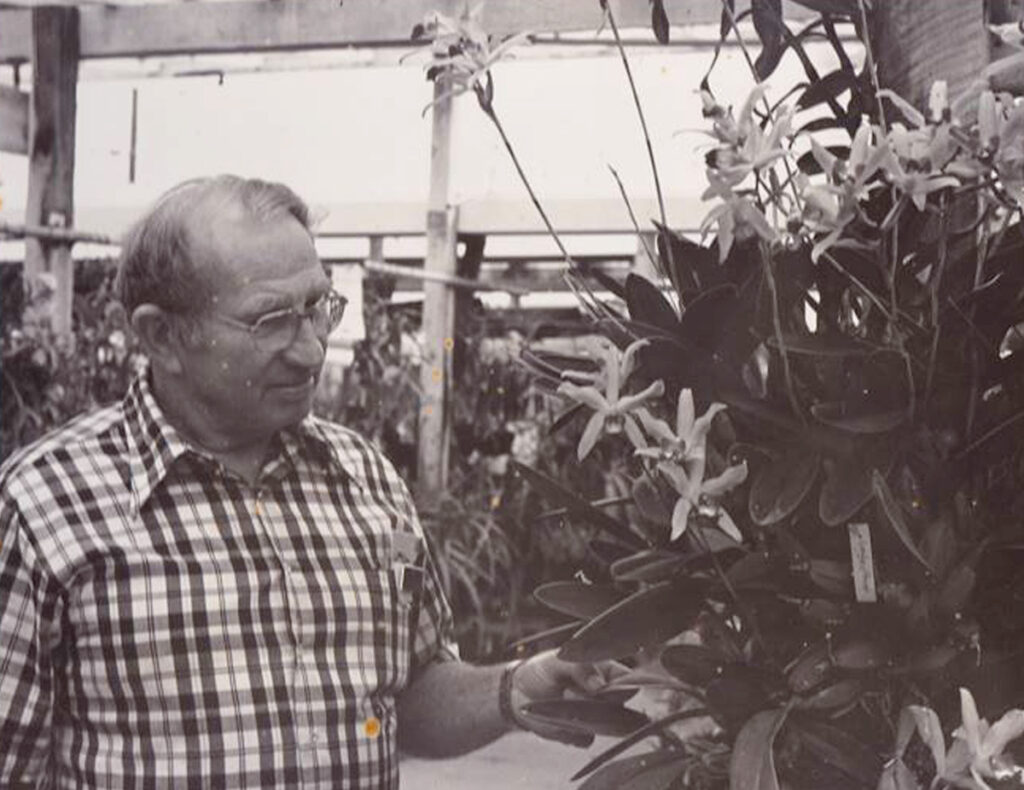 Chuck was another of David and Carrie’s sons. He grew up on the family farm and after high school he worked at Coffey’s Grocery, one of Goleta’s oldest grocery stores. After he served in WW II, Chuck had a variety of jobs including commercial fisherman, ranch foreman, raising orchids in a nursery, and boat rental manager at the Goleta pier. Chuck was very active as a volunteer, was well known for his barbequing expertise at countless fundraisers and he was Goleta Man of the Year in 1963. He lived at the Main Begg House until his death in 2008. 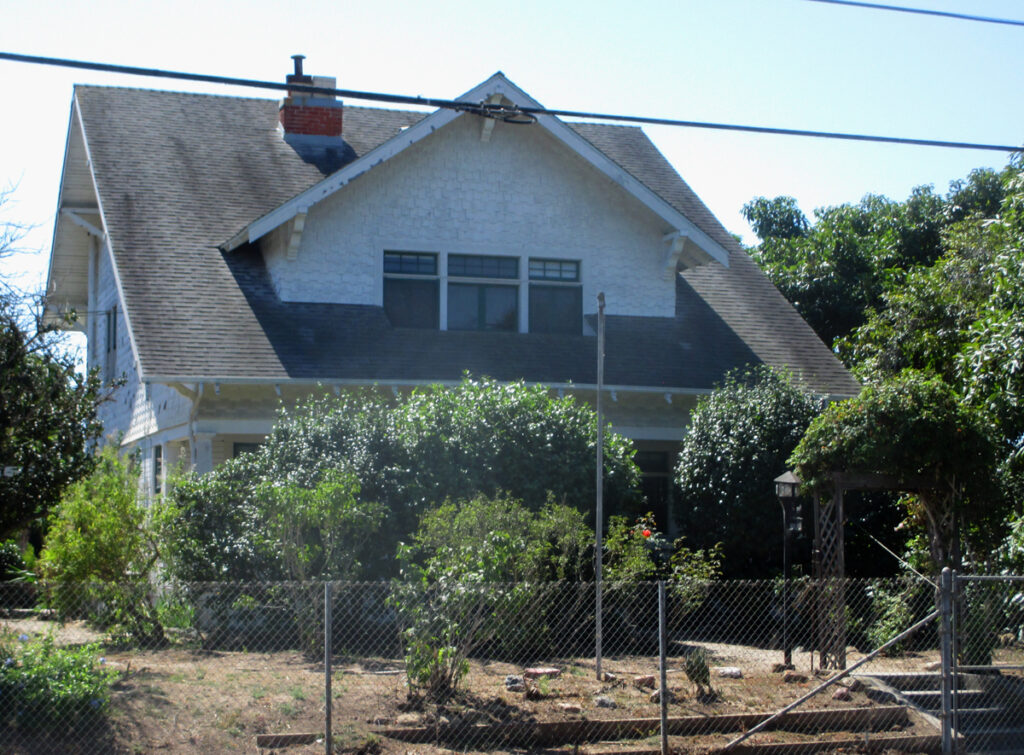 When Chuck passed away, the family decided they had to sell the old family house. One of the Begg cousins contacted a friend of the family, Robin Hill, who was very active in the preservation of Goleta’s history. Robin began helping the family go through all the old photos and other belongings to save what was historically significant, when she had a revelation- This Goleta Valley icon needs to be saved! 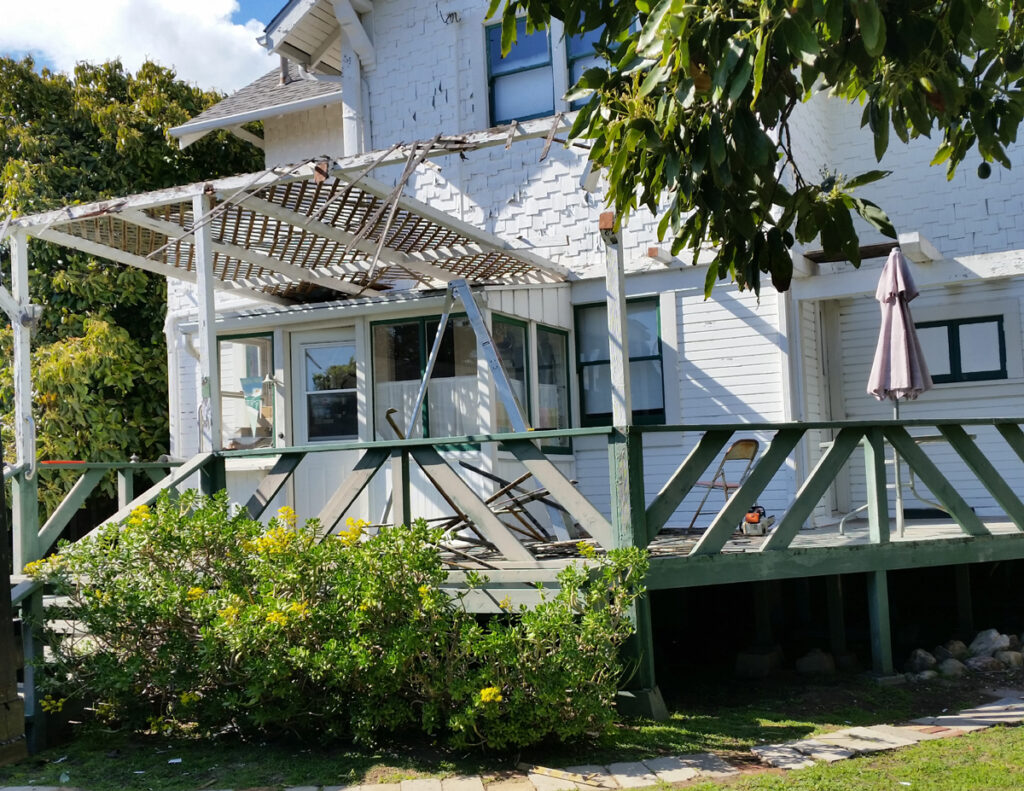 She reached out to some of Goleta’s finest historians, including Fermina Murray and Ronald Nye. With help from likeminded professionals in the nonprofit sector, they created the not-for-profit Main-Begg Farmhouse. 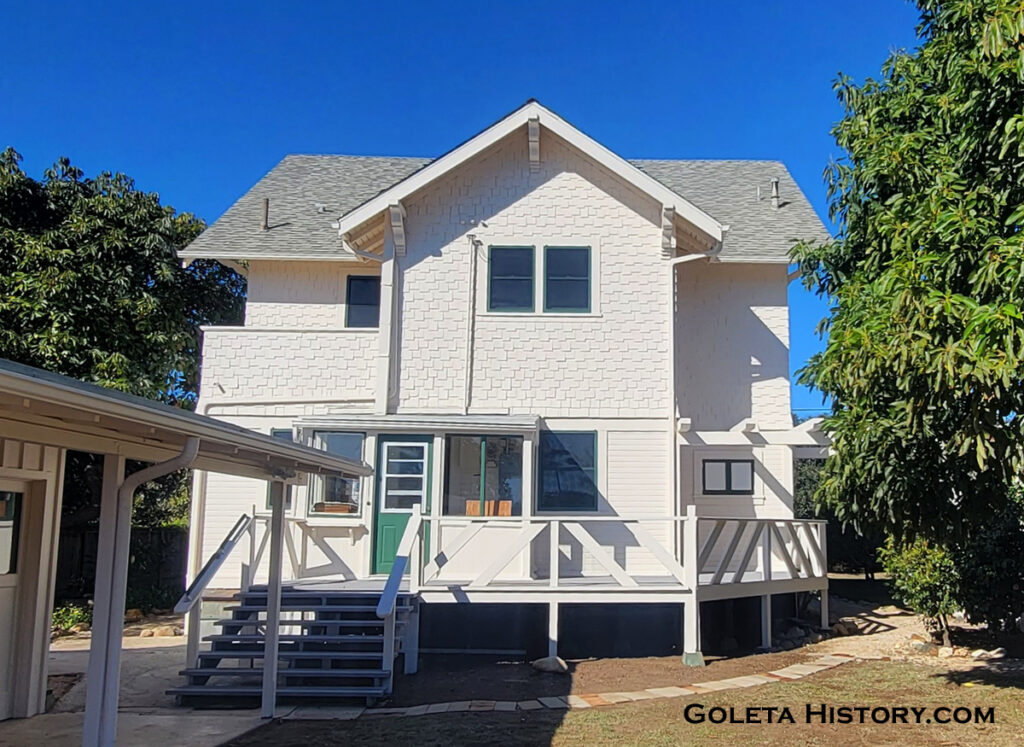 The Main-Begg Farmhouse, a not-for-profit organization, acquired ownership of the property in 2019 and it was designated a Santa Barbara County Historic Landmark in 2020. 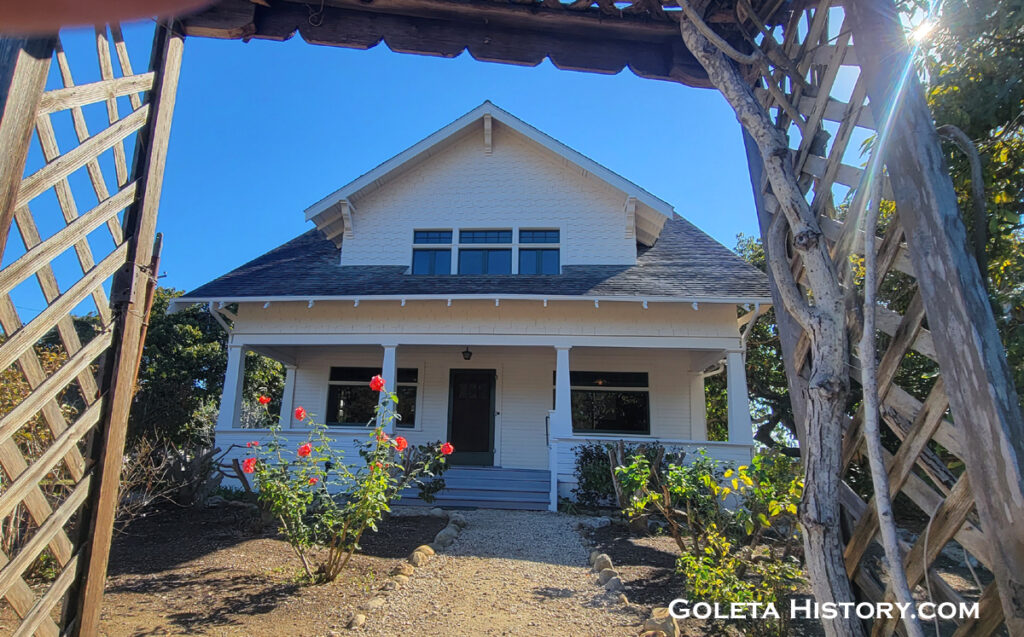 Robin was inspired by the civic involvement and enthusiasm for preserving local history she saw as a child growing up in Goleta. She learned by example from past generations and is now paying it forward. Her dream is establishing the Main-Begg Farmhouse as something the community can be proud of, while preserving our history and providing a historic gathering place for all of us to enjoy. 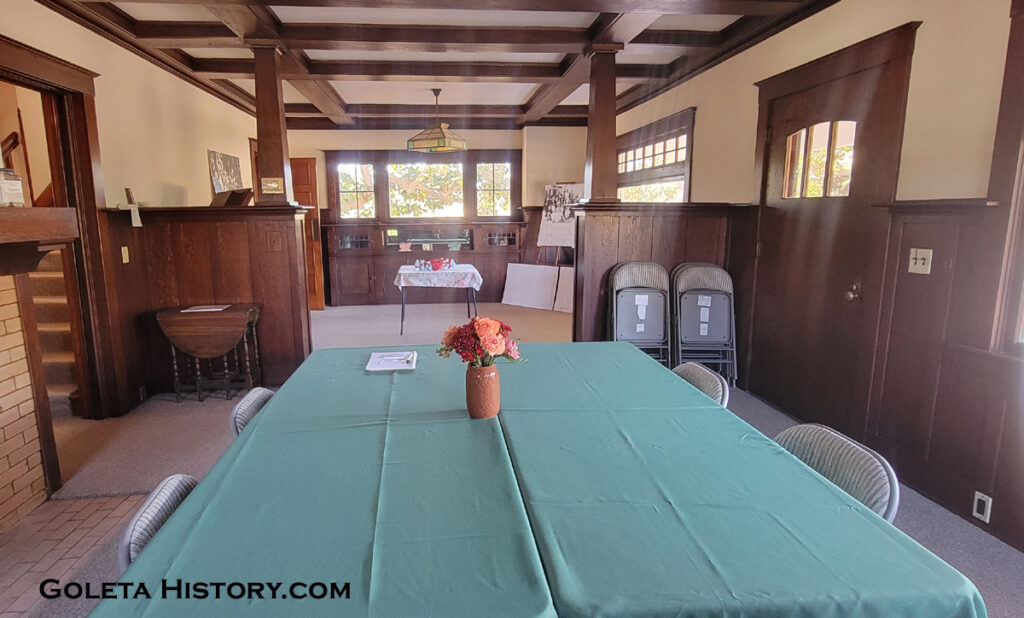 The Main-Begg Farmhouse still has a long way to go until they are fully operational. There is still some physical work to be done and fundraising to complete these projects is ongoing. 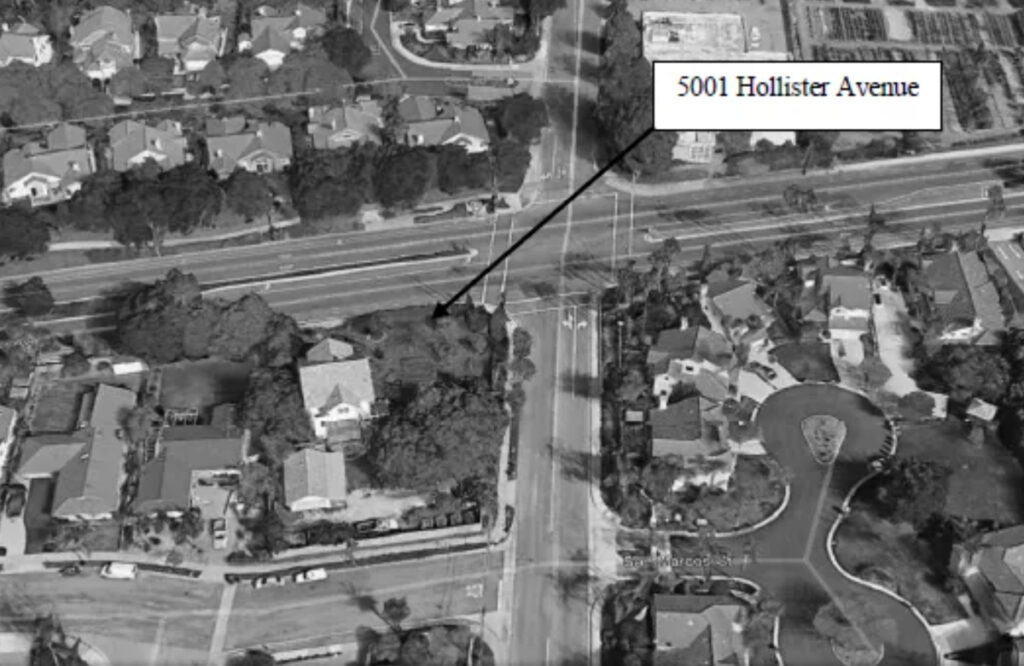 The website has loads of information on the restoration project and how you can help. Here is a link to that website- Home – Main-Begg Farmhouse

Absolutely fascinating. Love to see these old photos! Would be interesting to know how they obtained the aerial shots.

The first land expedition to California, led by Gaspar de Portolà, spent several days in the area in 1769, on its way to Monterey Bay, and spent the night of August 20 near a creek (possibly San Pedro Creek) to the north of the Goleta estuary. At that time, the estuary was a very large open-water lagoon that covered most of what is now the city of Goleta, and extended as far north as Lake Los Carneros (adjacent to Stow House).There were at least five native towns in the area, the largest on an island in the middle of the lagoon. For that reason, expedition engineer Miguel Costanso called the group of towns Pueblos de la Isla. Some of the soldiers called the island town Mescaltitlan, after a similar Aztec island town in Mexico. Franciscan missionary Juan Crespi, who accompanied the expedition, gave the towns the name Santa Margarita de Cortona.
The island retained the name Mescalitan Island (dropping the extra Aztec "t") until it was bulldozed flat in 1941 to provide fill for the military airfield that is now Santa Barbara airport (SBA). The Wastewater Treatment Plant of the Goleta Sanitary District is located on what used to be the island.
https://en.wikipedia.org/wiki/Goleta,_California

Thanks Tom, I've often ridden past this oblivious to it's history. It claims on the linked web site:
"Open the 2nd Saturday of each month
11:00 a.m. – 2:00 p.m. "
Greatly appreciate this info.

Monique Limone got an

Sorry if my answer was

My bill more than DOUBLED

Art Culture and teaching the

SHASTA - all the more reason