Update by the United Launch Alliance

"The NRO has been, and continues to be, a phenomenal partner through 32 collaborative launch campaigns, stemming from ULA’s very first launch in 2006," said Gary Wentz, ULA vice president of Government and Commercial Programs. “This mission was ULA’s 96th National Security mission and the NRO’s 10th mission on board a Delta IV Heavy launch vehicle – a history that we are very proud of.”

“This was also ULA’s 95th Delta mission from Vandenberg Space Force Base and our fifth and final Delta IV Heavy from the West Coast, completing a long, successful tenure of delivering critical national security payloads,” added Wentz. “We look forward to preparing Space Launch Complex-3 for future Vulcan flights from the West Coast.”

ULA’s next launch is a commercial launch of the SES-20 and SES-21 mission, planned for Sept. 30 from Cape Canaveral Space Force Station, Florida.

Leveraging a legacy of 100 percent mission success launching more than 150 missions to explore, protect and enhance our world, ULA is the nation’s most experienced and reliable launch service provider with world-leading reliability, schedule confidence, and mission optimization. We deliver value unmatched by any launch services company in the industry, a tireless drive to improve, and commitment to the extraordinary. 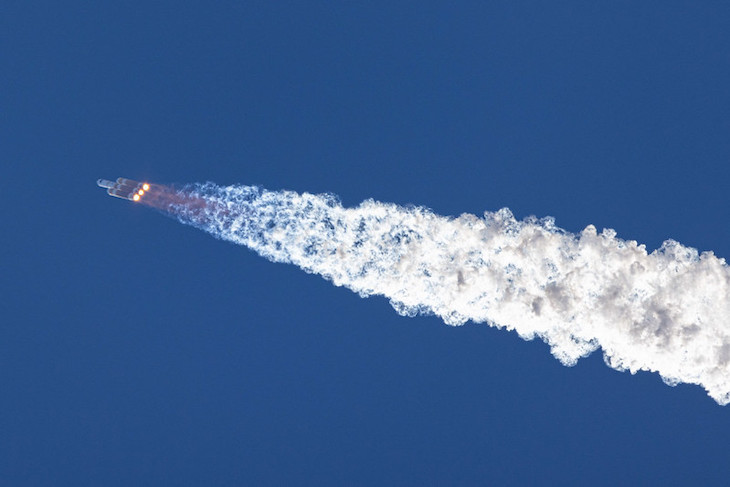 A Delta IV Heavy rocket is expected to lift off from Vandenberg Space Force Base on Saturday afternoon.

The United Launch Alliance will perform the NROL-91 mission in service to the National Reconnaissance Office and the Space Force's Space Systems Command.

Liftoff will occur from Space Launch Complex-6 at Vandenberg, scheduled for 2:53 p.m.

Watch the livestreamed countdown and lift off below:

Oh, there it is! Thank YOU "ED".... There seems to be some rather interesting history regarding that launch pad:
Another era will close at Vandenberg Space Force Base with the departure of the final Delta IV Heavy rocket from a launch pad with a storied, and seemingly jinxed, history.
it continues: “We’re really excited to be here to launch that last Delta IV Heavy from out here at Vandenberg,” said Col. Chad Davis, from the National Reconnaissance Office's space launch office. “It's going to be a fantastic experience, I think, so I’m really looking forward to it.”

I worked for Honeywell during the Space Shuttle era at SLC 6.
I can tell you from experience that the flame bucket was some of the nicest transitioning concrete and I had to bring my skate to work.
AHWWWOOOOO

T-4 Minutes and Holding... Thanks Chuck, I was trying to figure out which part of that was correct. I started watching a while ago, they were showing stuff which almost looked as if the building was moving away from the vehicle.

Not visually too impressive, but nice sonic booms now.

I assume it took off, because we just experienced several minutes of rattling noises.

We went out to watch the launch behind the stables where we always get a good view of the VAFB launches. It may be that we were looking in the wrong direction or my eyes have completely deteriorated, but we didn't see a thing. We knew it launched because of the rumble afterwards, which spooked the horses a little bit (as usual).

The short answers is yes.

Yeah, that's why I was very

Residents should read this

"The problem is most of those

FITZ - so basically all the

There’s no amount of

I would give a sleeping bag

Wow, a lot of anti-small

That is wonderful! However,