The San Luis Obispo Sheriff's Office investigated a disconnected 911 call from a resident and were shocked by what they found.

This past Saturday, dispatch received a 911 call that abruptly disconnected. When dispatchers tried to call and text the number, they received no response. Deputies were sent to investigate.

The address took Deputies to the offices of "Zoo to You" near Paso Robles. When speaking with staff it was determined that no one had made a call.

At some point they realized it must have been one of the zoo's residents, Route the Capuchin monkey.

Apparently, Route had picked up the zoo's cell phone located in a nearby golf cart that is used to travel around the zoo's 40 acre site.

"We're told Capuchin monkeys are very inquisitive and will grab anything and everything and just start pushing buttons. And that's what Route did, it just so happened it was in the right combination of numbers to call us," reports the SLO County Sheriff's Office.

Deputies determined they would let Route off with a warning, but no more monkeying around on the phone. 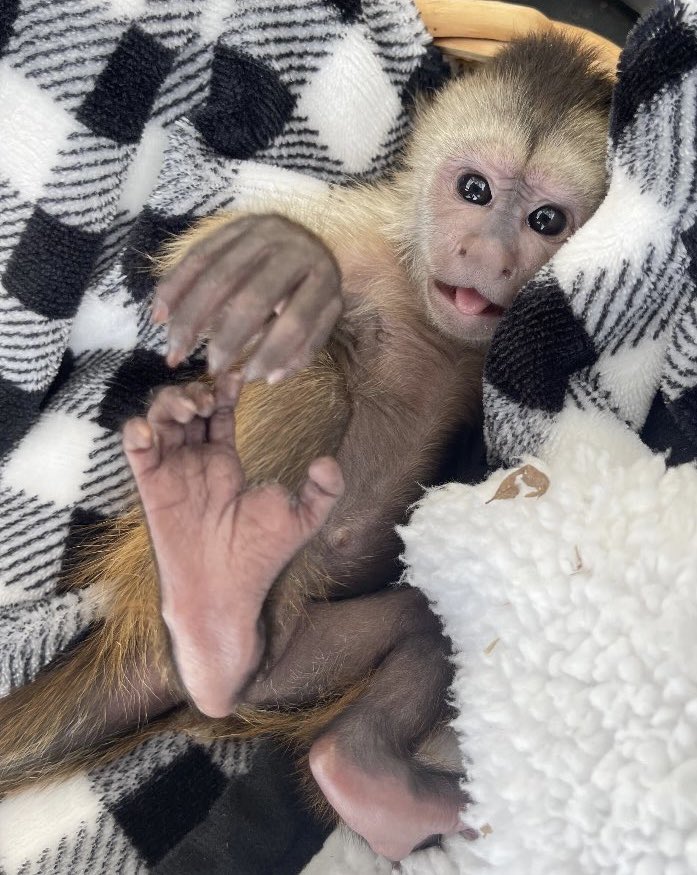 Reminds me of the Q: If (some number) of monkeys typed for (some number of years) would they eventually type soemthing Shakespeare wrote. I never could figure out the point of the question, but figured it was something one of the evolution-denier whackadoodles dreamed up.

I'm familiar with the theorem/idea, in a social rather than studious sense, but what a good, detailed read the Wikipedia entry is!

@7:14 Yeah, that was a deep dive and the editors clearly had some fun writing it. The talk page has a couple of comments saying that Wikipedia is not the place for jokes, but ...

Just be glad it wasn't the

One hidden gem in this story,