Three suspects have been arrested and warrant service has been completed after an early morning robbery. On Friday, October 23, 2020, at approximately 1:36 a.m., deputies responded to a 9-1-1 call of a robbery that had just occurred in the area of Covington Way and Camino Venturoso. Sheriff’s dispatch broadcasted a description of the suspect’s vehicle, a white sedan, and a responding deputy noticed a vehicle that matched the description in the area of San Marcos Road and Via Los Santos.

Deputies conducted a high-risk stop of the vehicle that was occupied by four people. When deputies searched the vehicle, they found a loaded high-power rifle, along with three additional firearms and armor piercing ammunition. None of the firearms had serial numbers.

Deputies arrested 20-year-old Christian Anderson of Santa Maria, 20-year-old Juan Paniaguadiaz of Goleta, and 20-year-old Isaiah Zaragosa-Ybarra of Goleta. The fourth occupant, and the driver of the vehicle, was a female juvenile who was later released to a guardian and will be referred to juvenile probation. The three suspects were all booked at the Main Jail for felony charges including robbery, manufacturing an assault weapon, carrying a loaded firearm- not the owner, carrying a concealed weapon in a vehicle, possession of armor penetrating ammunition, conspiracy, possession of ammunition by a prohibited person, child endangerment, and carrying a loaded firearm in the commission of a felony. Anderson and Zaragosa-Ybarra were booked for additional charges of possessing a firearm while addicted to narcotics and carrying a loaded firearm in public and they are being held on $1,000,000 bail. Paniaguadiaz was booked for the additional charge of felon in possession of a firearm as well as an outstanding warrant for failure to appear on charges of carrying a loaded firearm in public (felony), carrying a concealed weapon in a vehicle (felony), and contributing to the delinquency of a minor (misdemeanor) and is being held without bail.

Sheriff’s detectives were assigned to follow-up on these arrests and served three search warrants yesterday. The warrants were served at the suspects’ Goleta residences in the 200-block of Pacific Oaks Road, the 7100-block of Davenport Road, and the 7300-block of Padova. Detectives also conducted a probation search in the 4600-block of Stillwell Road in Santa Maria. Additional evidence was recovered as a result of these searches and the investigation remains ongoing. 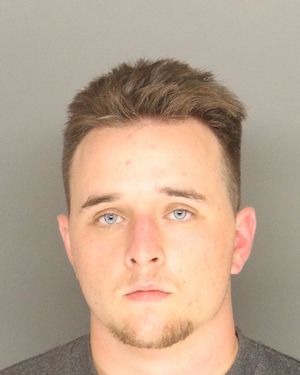 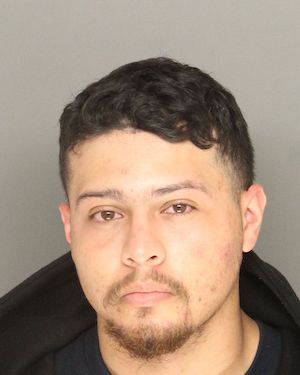 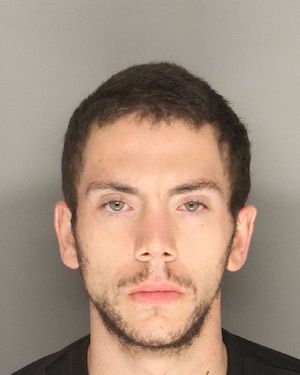 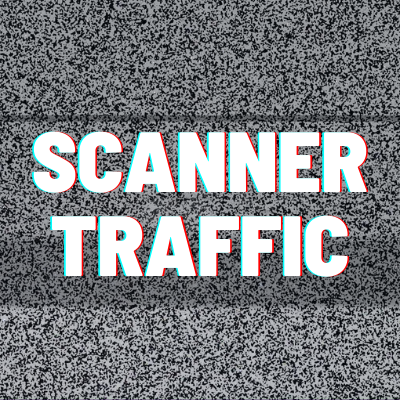 Basicinfo: looks like to have a Basic Misunderstanding of what defunding the police entail. Hint: it does NOT mean get rid of the police

Lol it means reduce their capabilities one way or another. Criminals are super down with it so are hipsters at Starbucks until someone breaks their teeth steals their macbook and their quadruple platinum coffee card and they dial 911 and it just keeps ringing

9:58 ... of course it doesn't mean NO police. I don't think you're understanding me. "Defund" DOES mean less money = less enforcement, less cops out on the beat, less overall respect for society's laws and rules, etc. right? No thanks. We've got enough criminals out roaming about currently in my opinion. Maybe you're not worried about that, but lots of people are.

And not to be mean but next time you want to assert your point (and I think everyone should) it's probably good to write a little better so your comment is somewhat readable.

Ugh. Spending less money on military grade weapons and more money on training police to be able to police effectively is not a "reduction of capabilities", it is a coming to grips with reality and what works.

Basicinfo, defunding the police would change nothing about their response to violent crimes like this. Defunding the police is about using appropriate resources for non-crime responses. The police are obviously not needed for a quite notable proportion of events they respond. We need to stop shoving the square police peg in the round hole. Again, this has NOTHING whatsoever to do with violent crime response like this post. Equating it as such is nonsensical. Violent crime will always require a police response.

BTW, a single misplaced word does not make a comment unreadable. You clearly understood my point. Let's try to stay on topic.

BASIC - how exactly do you equate diverting police money with "less overall respect for society's laws and rules, etc?" We will still have a police force to deal with crime. All that would change is money being diverted to other branches of enforcement/social services that are PROFESSIONALLY trained to deal with many of the situations our police are not adequately trained to deal with. No one will respect the police any less.

How about a catch phrase then that actually encapsulates that thinking? When you read "Defund the police" it kind of sounds/reads like, well...defunding the police. This idea in it's literal entirety HAS been purported by certain activists. So about fixing it towards something that we can all get behind like "reducing the scope of Police work" or whatever...

I'd of course like to start with abolishing the police union. It's a costly handicap to oversight that adversely affects all...LET'S DEFINITELY DEFUND THE POLICE UNION!!!!!!

"Defund Police" means fewer cops spending time doing things they shouldn't be doing like mental health checks. It does not mean fewer cops on the "beat". Better to get your facts straight rather than making things up. Also, "less cops" is just poor grammar.

M-CUBED - If you've actually read ANYthing on this, you'd know you're wrong. If someone breaks your teeth and steals your computer, the police will still be handling it.

Really? So the Disarm, Defund and Dismantle the police / Police Free campuses rally at UCSB was a hoax?

SAIL380 - hahaha you shouldn't rely on rallies at college campuses as your news source for national issues. That's on you lol!

fewer cops? I see your point, thanks.

The teenaged female got off the hook? I don't want her life to be ruined but her judgment is terrible if she is driving around 3 scumbags like this and she needs to change her choices or she will end up being a felon before she is an adult.

Uh, no? It says she will be referred to juvenile probation

Second time in months for Juan Carlos. Just a few months ago he had a stolen car and guns.
Wtf does it take to get this dirt bag off the streets.

It takes a change in leadership. Vote out the politician's that support reducing or eliminating prison time. Without a strong deterrent it will only get worse.

It takes a change in leadership. Vote out the politicians bought and paid for by domestic terrorist groups like the NRA and the Proud Boys.

I believe the ACLU is far more responsible for the current policies. They are the organization filing lawsuits to release prisoners early. Don't take my word, do some research. NRA doesn't need or want the kind of member the article is about. Proud boys is a localized fringe group with a small membership.

None of these people could have legally purchased these weapons in CA. Hence, 'Ghost Guns' are ever more popular. Even as CA shuts the door on mail-order sources of the parts and ammo required, 45 other states permit such. Easy to build illegal guns in NV or AZ and sell them to people like this in CA. Add to this the permissive judicial system in CA and we have some big problems.

Those young fellows will make lots of new friends in prison, if convicted.

Getofmylawn, I was thinking that these faces looked familiar!

As the mother of three, one a grown, wayward son, that is a very hurtful remark. Sometimes the brain can be rewired from traumas in young childhood, that is out of the parents’ control and despite our best efforts, love, and prayers. My heart goes out to the families. Hopefully, these young people will get the help in jail they need.
Great job police!

A-1603731121, I feel your pain. A long-time friend and her husband both have PhDs, he's a college professor (not here, on the East Coast), she was a high school teacher, and they raised their children well. Unfortunately, their older son, who was brilliant but suffered from mental health issues, dropped out of college, lived a hobo life, and died from a drug overdose. I know that my friend and her husband tried their hardest to get their son the help he needed, but to no avail. Their younger son has a completely different personality, and is following in his parents' footsteps. One thing parents can't do is change their children's inborn traits.

When your banners, signs, and slogans say "defund the police!", most rational people read that, see that, and think that means the police budgets will be cut and law enforcement will have less staff, fewer officers, less time out on the beat, etc. Show me a pic of a rioter or protestor's sign saying: "we want the current police budgets reduced and that money tranferred to mental health crisis intervention or ..." sorry, what was it again??
Throwing rocks and rioting while screaming "defund the police" is what everyone is seeing from the movement some people here are backing. If you all wanna change the rhetoric to a different one go ahead, but as of now you and the people you're backing look like anarchists.

But most people realize that if you don't waste police resources on cases that don't require more than a social worker, you won't need lots of police with armored cars and rifles.

BASIC - why do republicans get so hung up over catch phrases? "BLM," "Defund the police," etc - you all know what we mean, yet you insist on simplifying the message to serve your agenda. How about your "slogan" - "MAGA?" What is that saying? America isn't great anymore? When was it great? What "ideals" do we need to get back to?

6:56 PM: You should take a look back at historical tax rates at the times when our infrastructure was being expanded. You'll find that your nostalgia isn't what it used to be.

Also, the whole idea of civilization, public education, and shared infrastructure is that we should rely on each other and cooperate for the common good, rather than sit grunting in our caves, swinging our clubs at each other in competition for resources.

Hey 6:28, you're assuming I'm a republican Trumper, and that's not the case whatsoever. I voted, already, for Biden. Your tone is SO us vs. them, not mine. I'm just saying what I think and believe.

"Rational people" research the issue. They don't take a slogan as a policy statement. We're short on rational people.

Was wondering what Melinda

Also, CA has a state law that

Totally agree with his ideas

Thank you for the book and

This is despicable. People

A+ Pit. This was neglected

Bed Bath & Beyond to Pay $1.49 Million for Environmental Violations