The Santa Barbara County Fire Department reports the forward progress on all brush fires in the county have been stopped. Crews will remain on the scene of all incidents until they are 100% mopped up.

There were no injuries reported.

Lighting Strike Fires UPDATE. Forward progress on all veg fires have been stopped. Crews will remain on scene of all incidents until 100% mopped up. No injuries reported. Call newsline for updated info on Surf Fire on Hollister Ranch. Video of coordination between air and ground pic.twitter.com/55EhlfM4ce

A lightning storm is believed to have sparked multiple brush fires throughout Santa Barbara County on Saturday morning.

The fire in Solvang is approximately at 30-foot spot fire that was called in around 8:40 a.m.

The brush fire near Drum Canyon is estimated to be currently two acres but with the potential to grow to 100 acres. Air support has been requested.

There's a possibility a third fire is reported off Highway 1 near Vandenberg Air Force Base.

Two more fires have been reported near Hollister Ranch and in Santa Maria. 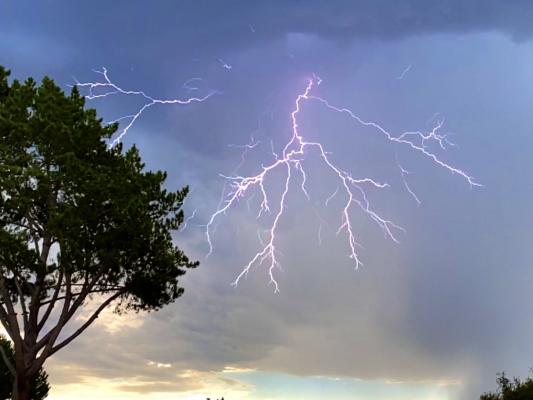 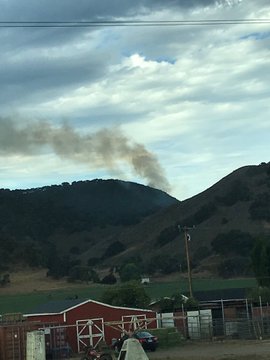 Photo credit for “Lightning over Vandenberg Village” should be Dr. Nichole Dechaine

SBCity mutual aide to the Surf Incident at Hollister Ranch Fire, anoth engine going to Buellton. At Vandenberg there is a vegetation fire with potential to 150 acres...

Another one on the 246 outside of La Purisma Golf Course.

And what would the people you

the freeway has been three

So bizarre! My mom just