It's Day 20, the final day of this year's March Edness! Can you guess the location of the photo? Enter your guess in the form below by 8:00 p.m. and be specific. Winners will be announced this weekend!

(What's March Edness? Learn all about it here.)

This was another tricky one. Points were only awarded to players who specifically identified which bench this is and where its located. There are several benches like this around the Four Seasons Biltmore Property at 1260 Channel Drive.

However, they all have slightly different designs. Therefore, we only accepted answers that correctly identified this specific bench. Answers such as the Biltmore or Four Seasons were not specific enough to be accepted. 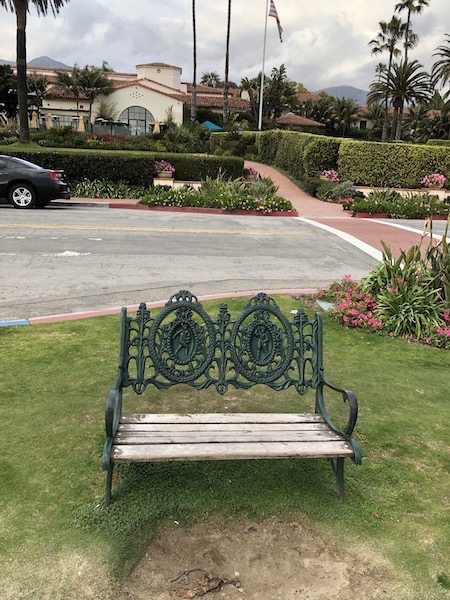 THIS bench is located near the stairs leading down to Butterfly Beach, across the street from the Biltmore. 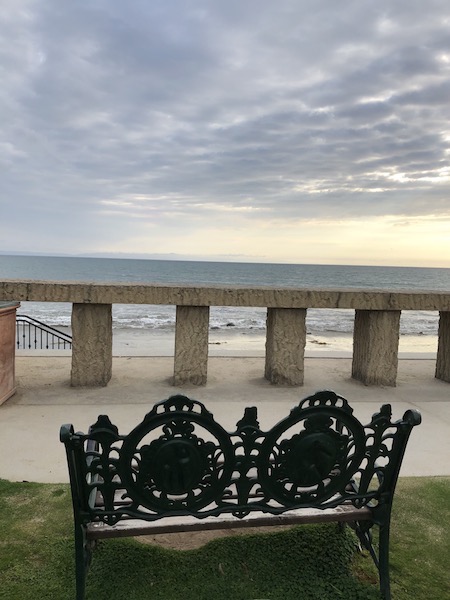 Thanks to Macpuzl who identified this as a partial replica of a Coalbrookdale cast iron garden bench from the 1880s entitled "The Four Seasons" with the focus on "The Hoer."

With that said the following players were awarded points for Day 20:

For the second year in a row, BRITT has won March Edness! This year she was the only player to correctly locate every photo and earned 50/50 points. Well done!

Second place is currently tied between Holazola and Penelope805! Contestants will receive an email with instructions on the March Edness Lighting Round Tie-Breaker. The formal winners will be announced this week.

Congratulations Britt. Fun playing, Edhaters. Thank you for a fun tour of our home. Have a blessed day everyone.

I recognized that bench from over a 1000 miles away. I got a picture of my wife having a snooze on that bench on a sunny afternoon some years back. Luv the game , but wish I was back home to play it.

Thank you! :) And thank you Edhat folks for doing this year after year! Great fun!

I didn't think they allowed hoers at the Biltmore?

That's why they put it across the street, Rex. ;)

This bench is half the width of the original, with only "The Sower" and "The Hoer". Along with "The Reaper" and "The Harvester", the original was called "The Four Seasons", giving a clue to the location.

All from Google image search; no erudition on my part.

Thanks for that erudite information--not many would know it.

VOR - which ones were those?

Let's make sure to also blame