Indulging in March Edness is great for the midnight to eight PM times, but what about the remaining four hours? After more than a week of pandemic-induced social isolation, with SBAU public outreach and school astronomy activities cancelled for at least two months, and days of clouds and rain (at least!), I was feeling a bit deprived of my usual diet of long-range photons. On Wednesday night, the sky was mostly clear, so I dragged out a telescope and spent some time with the stars.

As luck would have it, there were two reasonably bright comets in our northern sky, and what more currently relevant objects could there be to observe than a couple of those traditional harbingers of doom and disaster?

First up was comet C/2017 T2 PANSTARRS, in Cassiopeia in the northwest. It was discovered by Pan-STARRS (Panoramic Survey Telescope and Rapid Response System) in Hawaii on October 2, 2017. The Pan-STARRS system scans the skies with two 1.8 meter (about 71 inches of aperture) telescopes on the Haleakala volcano on the island of Maui. 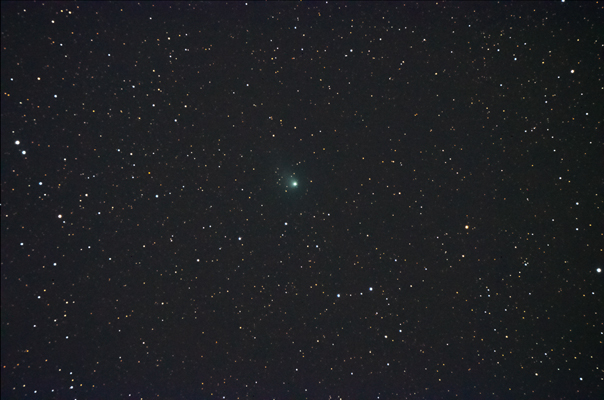 T2 was about 165 million miles away from us, beyond the orbit of Mars. It was closest to Earth on December 29, 2019, and will reach perihelion on May 4. It is currently at an integrated visual magnitude of 8.6, so faintly visible in binoculars on a good night, and that's about as bright as it's expected to be. If you want to wait for its next visit to the inner solar system, it'll only be about 309,487 years.

Next up was comet C/2019 Y4 ATLAS, high overhead in Ursa Major. It was the last comet discovered in 2019, on December 28, by ATLAS (Asteroid Terrestrial-impact Last Alert System), also in Hawaii. ATLAS utilizes two 50 centimeter (about 20 inches of aperture) telescopes, one on Haleakala and one on Mauna Loa on the big island of Hawaii. 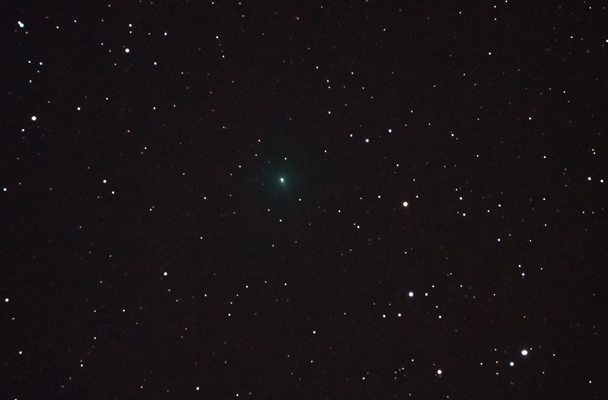 Y4 was about 102 million miles away. It is still heading in toward the Sun, and will reach  perihelion on May 31, at an extremely close 24.4 million miles from the Sun, closer than Mercury. Y4 is at an integrated visual magnitude of 8, much brighter than expected. It appears to be a first-time visitor to the inner solar system, with lots of volatile ices that are sublimating to form a bright coma. There is speculation that it could reach naked-eye brightness in late May, but unfortunately it will then be close to the Sun in our dawn skies. Then again, it could evaporate completely before even reaching perihelion. If it survives, it may return in about 5,519 years.

Each of the images above is itself a composite of 6 images exposed for 30 seconds at ISO 3200 with a DSLR attached to a 5-inch f/6.3 refractor. The greenish glow in the comas is from fluorescing gaseous diatomic carbon.

The automated systems astronomers are using to detect potentially hazardous asteroids and comets will be facing many problems caused by the swarms of small internet satellites, up to a potential total of 60,000, being launched by Elon Musk, Amazon, and other companies. Let's hope they don't obscure an impactor!

Thanks, Macpuzl. At our house, they are the only visitors we are accepting for now.

Wow! Thanks for sharing your extensive knowledge about comets! That was so interesting!

Nice. Getting up early would be worth it if Y4 ATLAS gets that bright in late May.